ONE on TNT IV: The Definitive Guide

This is the final event of ONE Championship’s series on TNT, and has been stacked to the gills with a number of MMA bouts and one Muay Thai contest, as well as the Light Heavyweight title on the line!

Aung La N Sang (26-11, 10-2 ONE) became the first double champion in the history of ONE FC, capturing and defending both the Middleweight and Light Heavyweight belts. He was riding a seven-fight win streak before running into De Ridder, who choked him out in the first round.

Nsang is an extremely polished striker and it has shown through in recent performances, finishing his last five wins by knockout. “The Burmese Python” has excellent hooks and is devastating inside the pocket, but mitigates range well. At a distance, he operates with quick straights and gives little tell towards where his punches are coming from, as well as throwing his opponent off with usage of feints.

Though he is best when striking, he is no slouch on the mat either. His twenty-four stoppages are split evenly between knockouts and submissions, proving he can finish the fight wherever it goes. Though Nsang has weaknesses within his wrestling, he has a litany of defensive submissions to threaten a finish or work his way back to the feet.

A short-notice replacement opportunity will give Reinier de Ridder (13-0, 4-0 ONE) a chance at the coveted double champ status here. De Ridder was last seen finishing Nsang in the first round by rear naked choke to claim the Middleweight title, his third finish under the ONE banner.

De Ridder is a grappler by trade and has a devastating submission arsenal. Though his favorite submission is the rear naked choke, he can get it done off his back or with rarer subs like D’arce chokes. “The Dutch Knight” also has superb catch-wrestling to get the fight to the mat, with sneaky trips and transitions.

On the feet, Reinier has shown consistent and ample improvement. He fights behind his jab and mixes it up with takedown feints to set up his larger shots. Though just two of his twelve finishes are by knockout, he has power in his hands and slick fundamentals. With that being said, de Ridder is looking to wrangle the fight to the floor and take over with his elite grappling.

The first meeting of these two fights took place just about six months ago, and neither fighter has since competition since. De Ridder brought the fight to the mat quickly, exposing some of Nsang’s wrestling struggles to ground and submit the former double champ. I see this fight going a little differently in the sense that Nsang won’t blitz de Ridder and will have more respect for the grappling threat there. Nsang does hold a considerable advantage on the feet, and keeps up a higher volume and better technique than de Ridder, though the Dutchman does hold the speed advantage. He will need to keep this fight on the feet and work over de Ridder at range to find victory. Unfortunately for Aung La, his lackluster takedown defense presents an easy way for Reinier to bring the fight into his wheelhouse and although Nsang is no stranger to finding submissions himself, de Ridder is simply on another level. Expect a slower paced opening round before de Ridder grounds Nsang and finds a choke to claw both titles from the Burmese Python. Eddie Alvarez (30-8, 1-2 ONE) accompanied DJ from the UFC over to Singapore, part of the iconic trade between the two organizations. Though he got a rough welcome in the form of a Timofey Nastyukhin KO, he got back on the winning track with a first round submission over Philippine standout Eduard Folayang. A strong start against Iuri Lapicus went downhill quickly at ONE on TNT 1 when Alvarez was disqualified due to illegal strikes to the back of the head.

Alvarez has been at the pinnacle of almost every major MMA promotion, claiming gold in Bellator and the UFC and has been adored by fans the whole way. “The Underground King” is well-known for his brawling style, with powerful hooks, knees, and kicks. He mixes it up well to the body, but does absorb his fair share of punishment. He is a consummate finisher, holding twenty-four stoppages with sixteen by knockout.

Alvarez can mix it up with his wrestling and submission skills, but primarily works from top control and can be subdued when put on his back. However, he showed nice reversals in his his bout against Folayang, using a nice sweep to turn the tide and finish the fight with a choke. 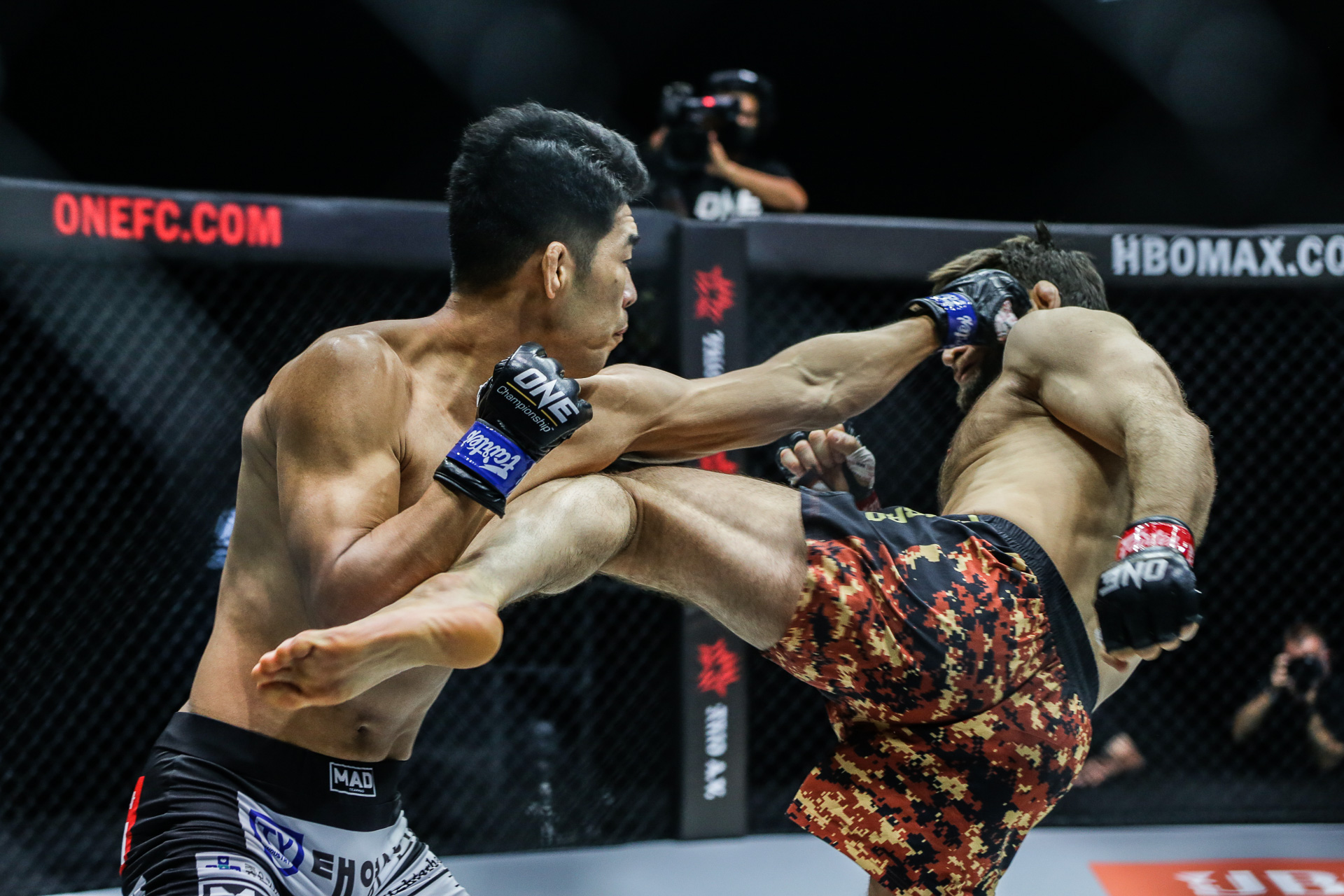 A successful promotional debut for Ok Rae Yoon (14-3, 1-0 ONE) last week at the previously recorded ONE on TNT III earned him the #5 ranking and this match against Alvarez. Ok earned a unanimous decision over Murat Gafurov, using his takedown defense and crisp striking to outpoint the Russian.

Ok is primarily a striker and is extremely technical. His gameplay is fairly fundamental, but exercised beautifully, with good slips and dangerous straight punches. He can find success at range or in a brawl, but is best when keeping the distance and working away at his opponent with his high-level Muay Thai. Ok has five stoppages in his career with all but one by knockout. He has some offensive wrestling ability, but mostly uses his stout takedown defense to keep the fight on the feet.

I fully expect an absolute slugfest on the feet for this one. Both fighters prefer to keep it on the feet, though Alvarez is more likely to mix it up and try to rack up top control. Ok has a style that could provide problems for Eddie, as his range utilization and movement keep him out of the pocket, a notoriously dangerous spot when fighting Alvarez. He will be looking to land with his jab and long crosses, while Alvarez will be pushing the pace and trying to close distance. Though a promising talent, this seems like too much too soon for Ok. He lacks the one-shot power to make Alvarez respect him, leaving the Philadelphia native free to mix it up with his pocket boxing and wrestling for an entertaining decision or late knockout.

My Pick: Eddie Alvarez via Decision 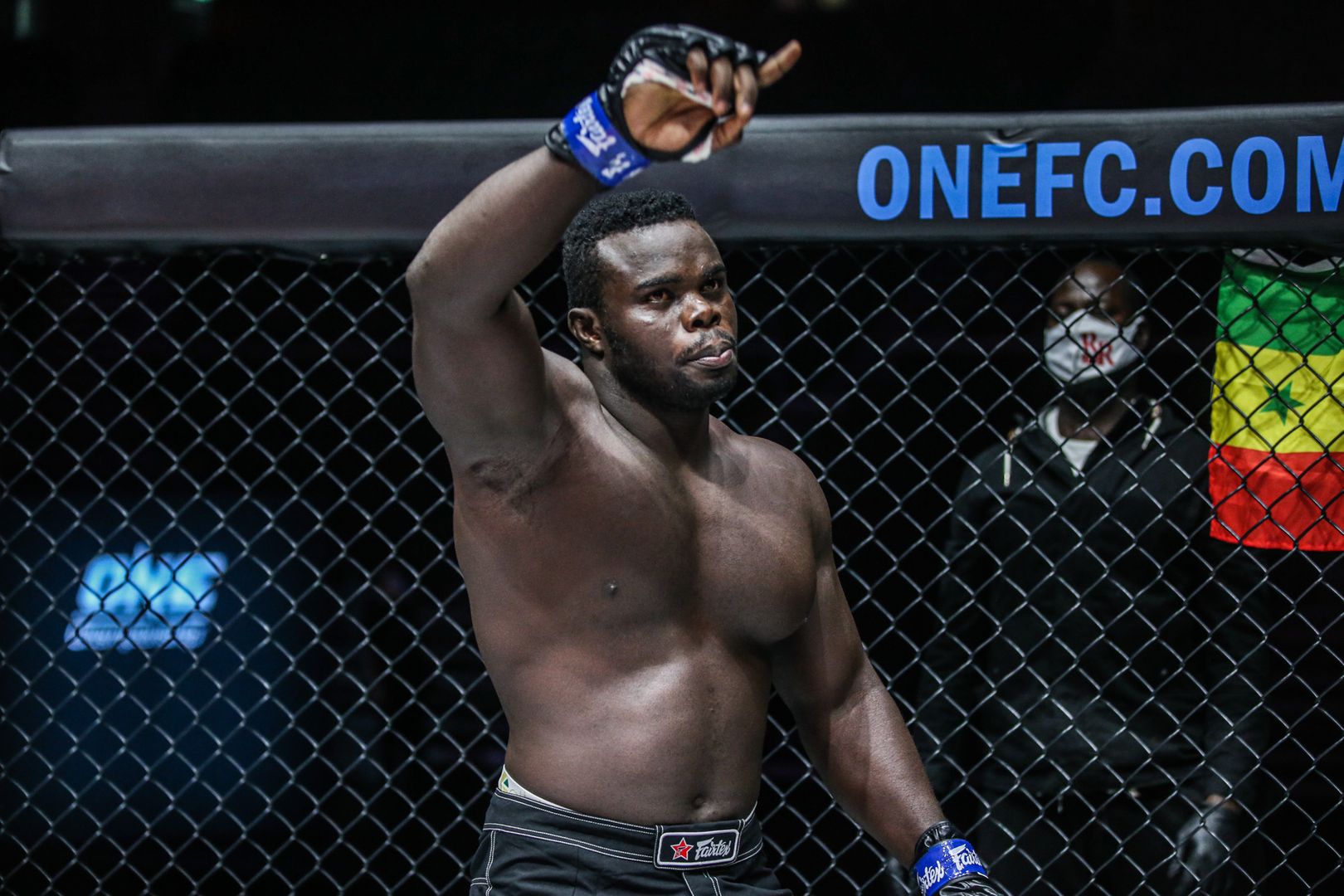 Oumar Kane (3-0, 2-0 ONE), otherwise known as “Reug Reug”, made waves in the MMA world from his debut in ARES FC. He moved to ONE Championship and has racked up two straight wins, most recently knocking out kickboxer Patrick Schmid at ONE on TNT 1.

Kane is a Senegalese wrestling champion and that background is clear when watching his fights. He has powerful takedowns and uses almost a judo style, able to shoot on a power double or throw well-executed trips. The power of Reug Reug is clear, as he can damage his opponent with strikes or with his ferocious ground and pound. His striking is certainly still developing and is often wild and looping, but he can put his opponents out cold when he connects, as was demonstrated by rocking Schmid on the feet. 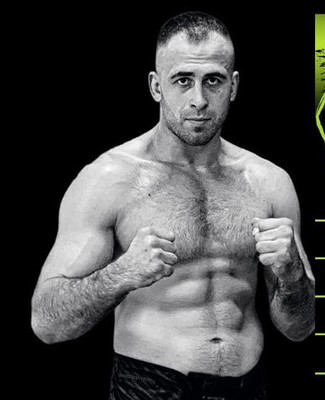 Since his scheduled bout at ONE on TNT 2 fell through, Kirill Grishenko (3-0) will be making his ONE FC debut at this event. A native of Belarus, Grishenko is coming out of the Eastern European regional scene, and has finished all of his bouts to this point.

I have been unable to find extensive tape on Grishenko, but I think I have enough to make an accurate prediction. He has a well-rounded skillset, but is certainly best when brawling it out on the feet. Though somewhat of a lumbering Heavyweight, not one of his bouts has lasted more than two and a half minutes. Grishenko has powerful boxing with a nice check hook, but is not lost when mixing it up on the mat with his wrestling.

There’s no secret as to why this was booked as the main card opener – there is almost no chance this sees the final bell. Though both are pretty green fighters, both have stopped every one of their professional bouts. With that said, I see little reason that he freight train that is Reug Reug will slow down here. His wrestling is more than capable of grounding Grishenko, and he is not lost in the standup either. Grishenko’s best chance at victory is exploiting Kane’s defensive lapses on the feet, but the explosivity and speed advantage should keep Kane out of serious danger there. Look for Kane to get going with his wrestling before finishing it with his ground and pound.

My Pick: Oumar Kane by Knockout

The lead card for this event is not to be slept on either.

We will open with a Flyweight bout between Colbey Northcutt, older sister of Sage Northcutt, and Courtney Martin. Following that, we have a Muay Thai clash between Jackie Buntan and Ekaterina Vanderyeva which will undoubtedly be a furiously paced fight, as both fighters hold the gas pedal down from bell to bell.

iThe featured bout on the lead card is a trilogy fight between two well-known veterans. Eduard Folayang will take on Japanese legend Shinya Aoki, and I have no clue what wildness will ensue in that bout!

This card is pure fireworks from top to bottom, so be sure to tune into TNT at 10 PM EST and Bleacher Report at 7 PM EST to catch all the action!

Tagged as: Aung La Nsang, Eddie Alvarez, ONE Championship, ONE on TNT, ONE Predictions, Reug Reug