ONE on TNT 2: The Definitive Guide

Following ONE Championship’s debut on the TNT network last week, they will continue their series on the American network with the second of four events.

This card will be headlined by Christian Lee and Timofey Nastyukhin duking it out for the Lightweight crown, while Janet Todd and Anne Linne Hogstad go at it in a Atomweight Muay Thai contest. The full card is as follows. 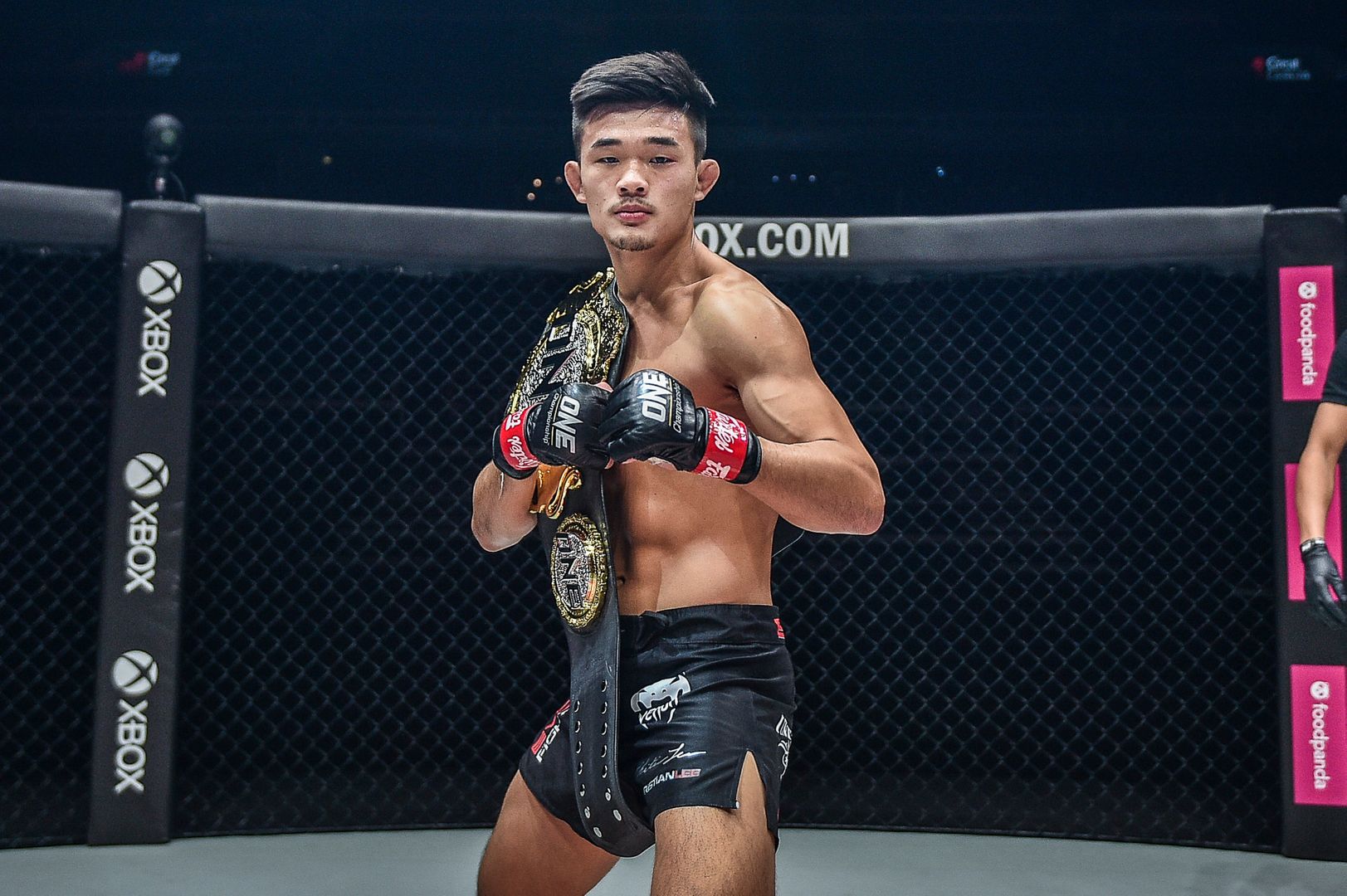 Christian Lee (14-3 ONE) has spent his entire MMA career inside the ONE FC promotion and claimed the Lightweight title through a second round knockout of Japanese legend Shinya Aoki. Since then, he won the Lightweight Grand Prix and defended his title once more, knocking out then-undefeated Iuri Lapicus. Lee fights out of Evolve MMA in Singapore and obtained gold along with his sister Angela Lee, the reigning Atomweight champion.

“The Warrior” has a well developed MMA game and has claimed titles across a number of sports. A freestyle fighter, he holds black belts in both Brazilian Jiu Jitsu as well as Total Defense System, a versatile martial art based upon boxing, Filipino striking, and grappling. Lee has finished all but one of his victories, with eight wins coming in by knockout.

Lee is a genuine killer in any area that the fight takes place. When striking, he has serious power and a go-for-broke aggression, throwing constant volume with many feints. He has powerful offensive wrestling and favors a power double takedown, scoring a slam KO. On top of that, he boasts slick submission skills with a variety of techniques and powerful ground and pound, with the ability to finish the fight no matter where the match goes. 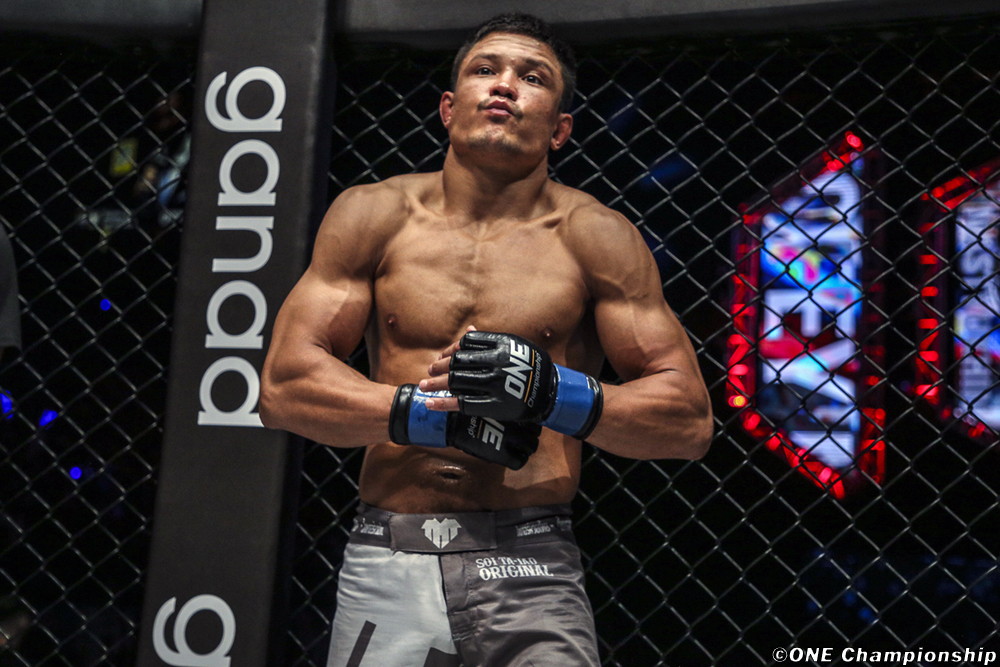 Timofey Nastyukhin (14-4, 7-3 ONE) made headlines with a knockout over UFC export Eddie Alvarez in the quarterfinal of the Lightweight Grand Prix. He followed that victory up with a decision win over Pieter Buist to set up this title shot opportunity here.

Fighting out of Tiger Muay Thai as well as Russian Top Team, Nastyukhin is a devastating striker. With seven knockouts among his eleven finishes, he is dangerous from bell to bell. Timofey’s key strengths lie in his explosiveness and precision, always seeking high amplitude attacks like flying knees and soccer kicks when available.

Despite his wild nature, Nastyukhin is quite a technical striker. He has good movement and footwork, but sits down on his punches to throw and can leave his chin up. Though he is a bit slower, he makes up for it with his one punch power and one-two combinations.

For as long as this fight remains standing, we are in for an all out war. Lee marches forward with a fury rarely seen inside the cage, while Nastyukhin hits like a ton of bricks. Either fighter is fully capable of knocking the other out, but I do give a slight advantage to Nastyukhin striking. This fight changes substantially when you factor in the grappling. Though a solid grappler in his own right, Nastyukhin’s takedown defense can’t keep up the pure power of Lee’s wrestling. Once this fight hits the mat, Lee can cut through Nastyukhin’s submission defense with ease.

My Pick: Christian Lee via Submission 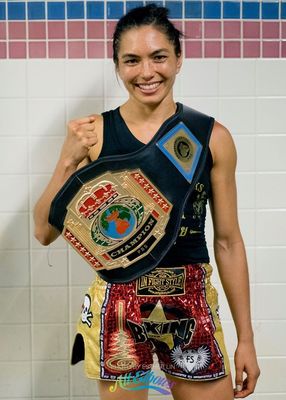 Janet Todd (37-11, 5-1 ONE) came under the ONE banner in early 2019 and though she dropped a decision to Stamp Fairtex, she put on a solid win streak to get back in the title picture. She captured a split decision over Fairtex to become the Atomweight kickboxing champion in February.

Todd is an accomplished striker with tenure in both Muay Thai and Kickboxing, and it shows through in her crisp technique. “JT” is truly adept with her low kicks, checking them as well as whipping powerful kicks inside close range. Though she is not as mobile as some of her counterparts, she really loads up on her shots and brings real power, particularly in Muay Thai gloves. Todd holds an advantage in the clinch here, as she throws quick volume and sneaky low kicks from there. The pace of Todd is a weapon in and of itself, pressing forward with lightning fast hand speed.

This will be Anne Line Hogstad’s (32-18, 1-0 ONE) second appearance in the ONE cage, earning a decision over Alma Juniku last January. Hogstad is a two-time ISKA Muay Thai champion and brings a high striking pedigree into the circle.

“Ninja Line” has a kick-heavy approach to her striking, keeping a high guard with her hands and opening up primarily with her lower half. She has quick roundhouse kicks and also targets the calf well, turning her repeated kicks into tight combinations. Hogstad prefers to fight at a distance and will certainly want to avoid the pocket in this bout.

As a Super Series Muay Thai bout, this will feature Muay Thai rules in small gloves, giving a nice clip to all strikes. Todd holds an advantage with her pacing and clinch work. She will be looking to close the distance on the more mobile Hogstad , who will try to use her kicks to great success. I believe that the strength of schedule and speed advantage of Todd will be the difference maker here. Hogstad tends to leave her guard down when opening with boxing combos, and the aggression of Todd will force her to open up. I see Todd mixing it up with her clinch work and more versatile striking for a decision victory.

My Pick: Janet Todd via Decision

The lead card features exclusively MMA bouts and I have my eye on the card opener between Chamale and Kamikubo in particular. The fighters got this bout in a short-notice opportunity after a previous fight was scrapped. Both fighters are legit prospects, but Kamikubo has shown to be no joke, holding a 11-1-1 pro record and four straight wins under the ONE banner.

This card is sure to be a fun one, so make sure not to miss out! The main card broadcast begins at 10 PM Eastern time and you DO NOT want to miss the Lightweight title bout.