International Fight Week is here and it brings with it UFC 239 from Vegas. We are headlined by two massive title fights between two respectively dominant champions in Jon Jones and Amanda Nunes. Before that, we have early prelims to get to, headlined by two sluggers in Jack Marshman and Edmen Shahbazyan! After a controversial split decision over John Phillips, Jack Marshman (23-8, 3-3 UFC) will be looking to make a quick turnaround and get his name back in the good graces. Although also holding 5 submission wins, Marshman is a striker, better yet, a brawler. He is not afraid to take a punch to give one up and has done it in almost all his matches. Marshman brings in 13 victories by knockout, but only one has come through inside the UFC. 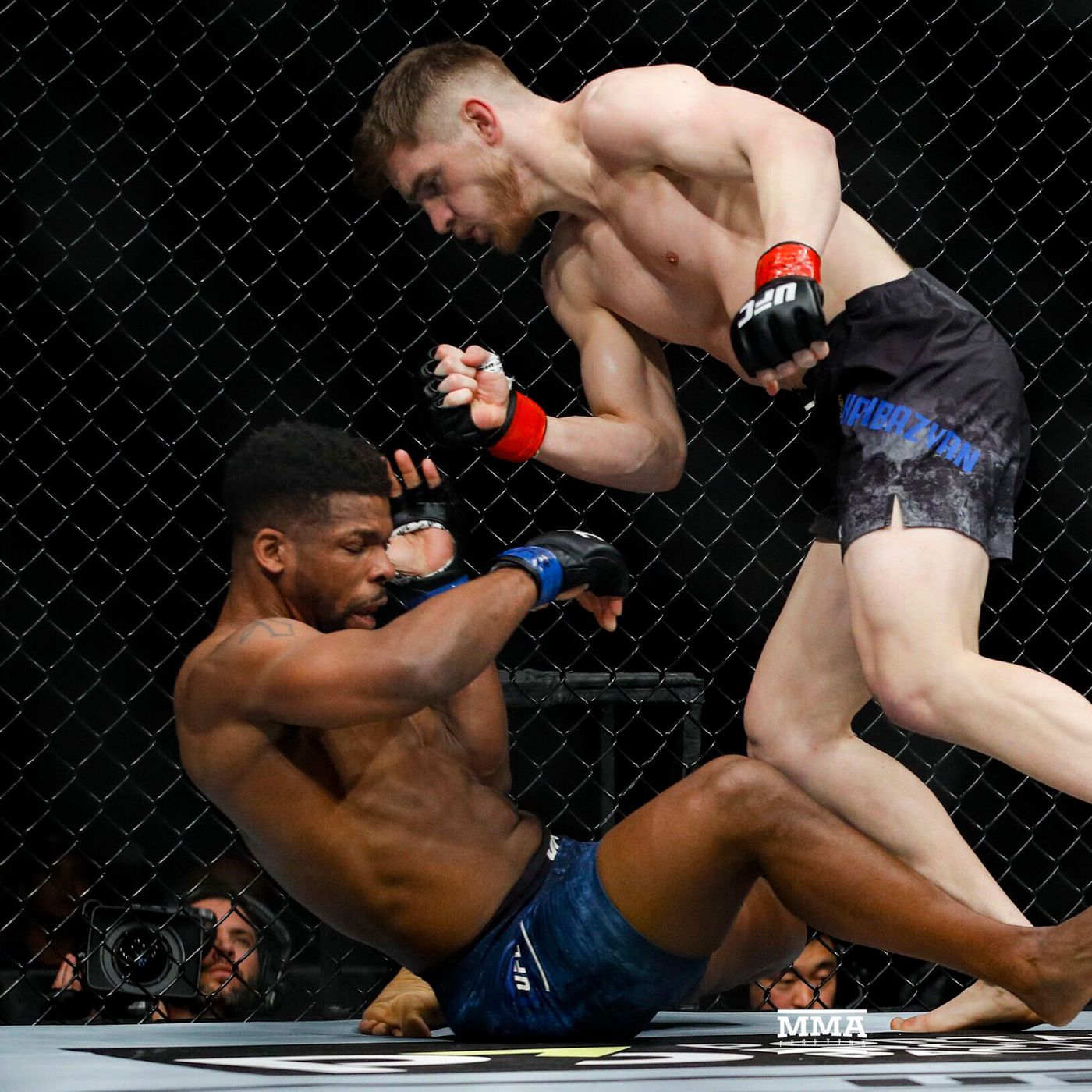 Edmen Shahbazyan (9-0, 2-0 UFC) is quickly becoming a name to look out for in the Middleweight division. After a first-round knockout on the Contender Series (which is now back in session, in case you haven’t been keeping up in the FFF world), “The Golden Boy” came in against Darren Stewart, wrestling his way to a split decision victory. Don’t worry, though — that’s the only match of Shahbazyan’s not to end with a brutal knockout. In fact, it is also the only match to make it out of the first round. That Stewart fight answered a lot of my questions about the game of this kid. He came in against a knockout artist and used wrestling that was not previously shown in his arsenal (because he knocked his opponents out too quick to use it) and also demonstrated good fight IQ and the right way to act when hurt. Although only 21 years old, Shahbazyan has shown me a lot of what I love to see in young prospects and will look to climb further up the ladder with a win here.

Just reading up to this point, it’s pretty easy to see who I’m going to pick here. Shahbazyan has power, speed, and accuracy to thrive in technical spaces and at range, but also in brawls where Marshman loves to go. The wrestling of The Golden Boy would also leave him at an advantage, as I haven’t seen enough of the ground game of Marshman to be impressed. In fact, most of his ground time in the UFC has been on the bottom. Every element of this match looks to be in Shahbazyan’s favor and he should easily be able to secure a victory against the wild and easily hittable style of Marshman.

I feel like Ismail Naurdiev (18-2, 1-0 UFC) is actually getting a step down in competition after his UFC debut, a unanimous decision victory over Michel Prazares. “The Austrian Wonderboy” is the Austrian (duh) standout, who holds all but two of his 18 wins in submission with 11 coming in by way of knockout. Naurdiev came in as a massive underdog to Michel Prazeres, but he stopped everyone in their tracks with world-class striking. Even when it was in Prazares’ world of wrestling (which Naurdiev made difficult with impeccable defense), Naurdiev threatened submissions or found a way back to his feet quickly. I have eagerly been looking forward to the all-around offensive threat’s return to the Octagon, and it’s finally here. 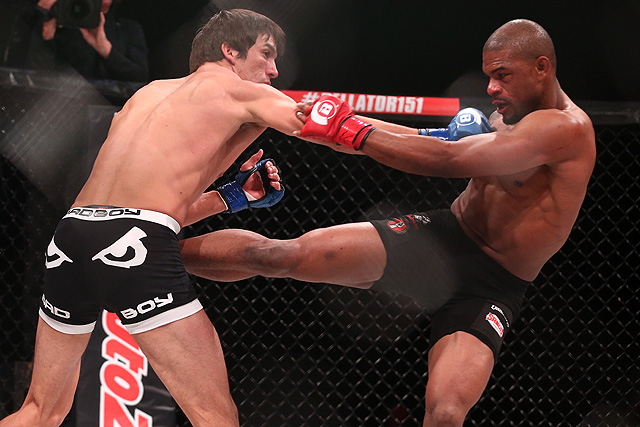 Chance Recountre (13-3, 1-1 UFC) came back after his decision loss to Belal Muhammad by quickly choking out Kyle Stewart. The Alliance MMA disciple has 6 wins by knockout and another 3 in submissions, but often lacks to killer drive to get those. He has some power, but not the one-shot killer that Naurdiev brings to the table. His wrestling is pretty good, and he has been able to takle down lesser fighters and pound them out or use G&P to secure a submission.

While Recountre is a good enough boxer, Naurdiev and his violent kickboxing pose a threat to the middling defense of “The Black Eagle”. Recountre’s shot would be on the mat, but Naurdiev holding back Prazares goes a long way in that regard, with Prazares being worlds better on the mat than Recountre. Look for a setup victory to shoot Naurdiev’s name to the top of the division.

Take the Shot: Ismail Naurdiev via Round 1 Knockout

Well, we have our first ever 1.5 debut…. by that I mean that Pannie Kianzad (11-4, 0-1 UFC) had a UFC shot at TUF 28 Finale back in October where she was brutally beaten down and submitted by Macy Chiasson. Say what you will about Kianzad — she has been in there with the best of the best the Bantamweight division has to offer, and although she has taken losses from the likes of Tonya Evinger, Sarah Kaufman, and Chiasson, she also has victories over UFC fighters Jessica Rose-Clark and Lina Lansberg. “Banzai” is a striker without a ton of knockout power. She does have skill in striking but collapses under pressure and her weak ground game can be easily taken advantage of.

Julia Avila (5-1) also has some serious experience for someone coming into their Octagon debut. She has victories over Nicco Montano in a five-round decision along with beating Marion Reneau. The only loss on her record comes from a broken finger she received, forcing her out of the match. “Raging Panda” is a fast puncher with some power behind those punches. Her standup is worlds better than when she first came in and the fighter from Cali also has great wrestling and jiu-jitsu.

Avila should really be undefeated aside from that freak accident she suffered. Her power can be noted for that and she has put many fighters to sleep very quickly. Kianzad will want to keep this on the feet and if she does that, she will need to be wary of the bombs Avila can drop on her. I am also giving the advantage on the mat to Avila. There isn’t much to be seen because her stand-up is that good, but she is someone you don’t want to mess around with on the mat.

Take the Shot: Julia Avila via Round 3 Submission

Tune in to UFC Fight Pass to catch these! We will be back tomorrow with more action from UFC 239!