Before we get into our main card for Fight Week, Las Vegas is giving us one hell of a prelims card! Our top match is between Gilbert Melendez and the rising Arnold Allen! We also are joined by Claudia Gadelha and the always entertaining Alejandro Perez! 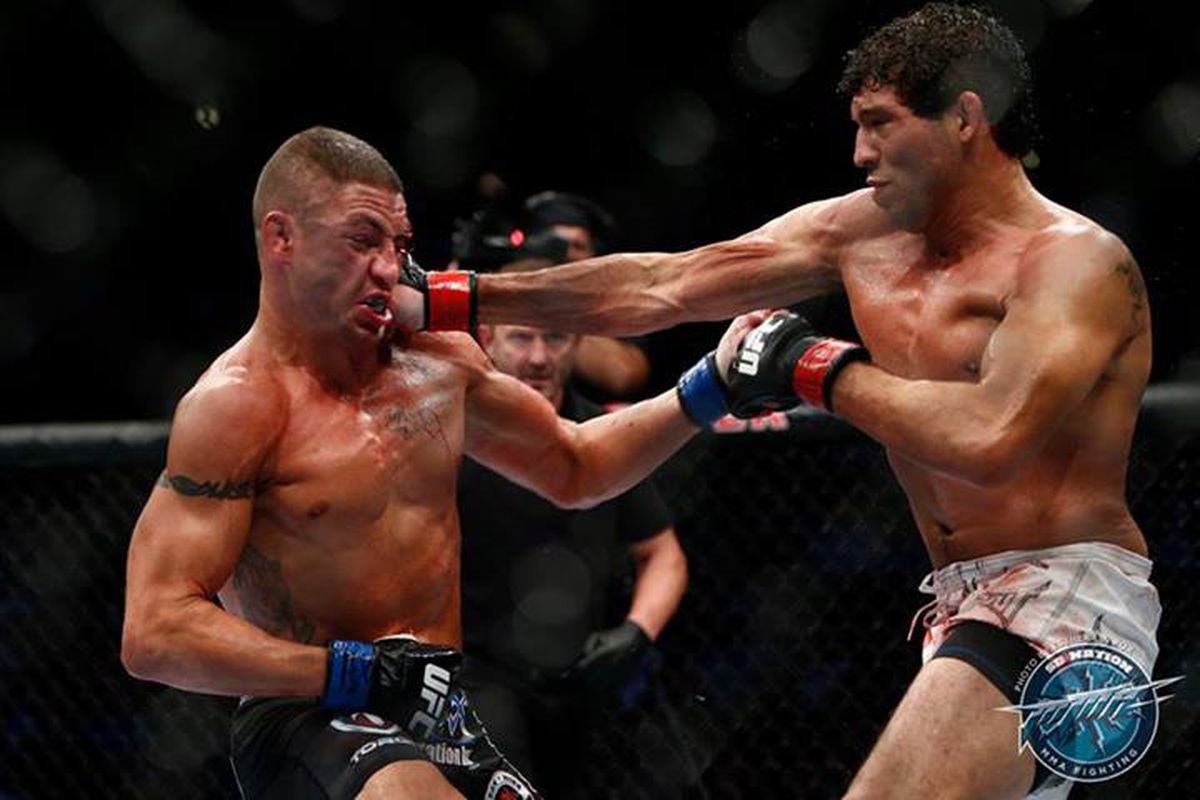 Things didn’t go well for Gilbert Melendez (22-7, 1-5 UFC) after dropping to Lightweight when coming over to the UFC from Strikeforce. The 37-year-old is riding a four-fight losing streak, most recently getting busted up by Jeremy Stephens when he dropped to Featherweight. Most fighters go up in weight class as they get older, but not Melendez, no matter how it’s turned out. Melendez holds 12 wins by KO, but the wrestler’s last stoppage victory was in 2011. Melendez doesn’t pack the same power anymore, especially not after dropping 25 pounds for fighting weight. His wrestling still has held up fairly well, but his strength just simply isn’t there. 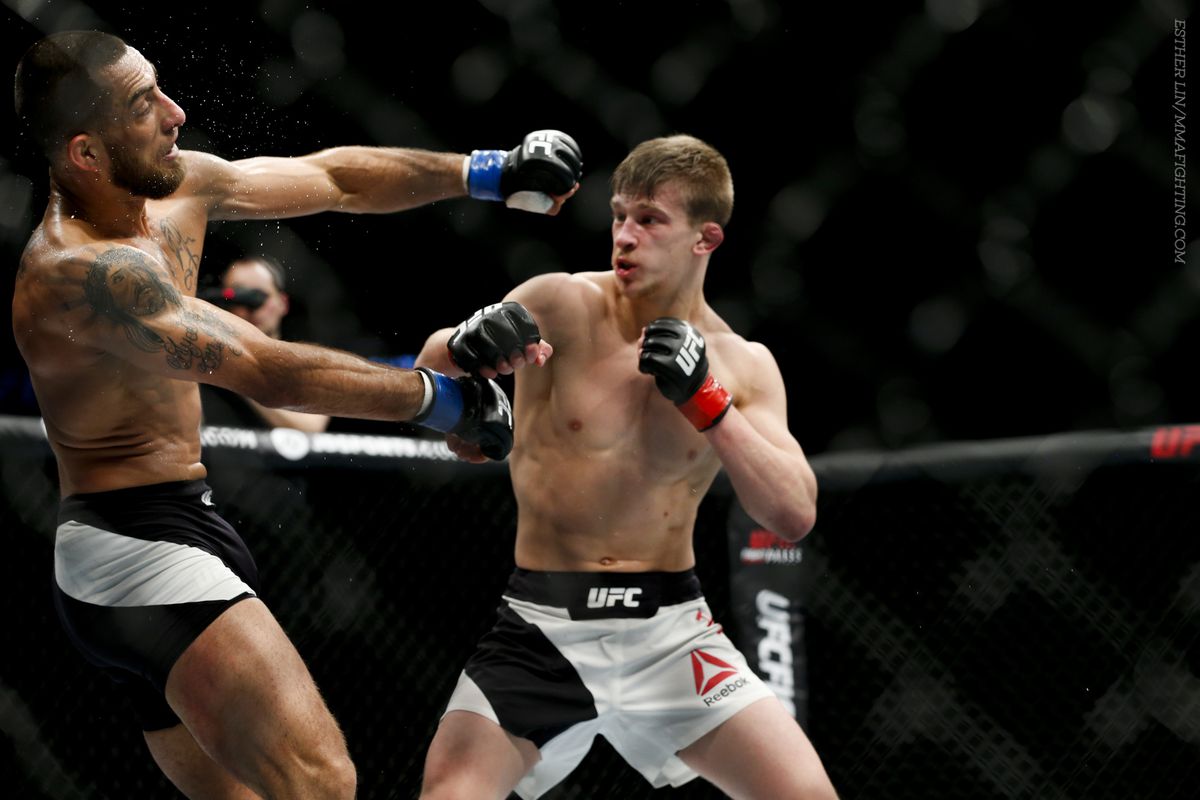 It seems like Arnold Allen (14-1, 5-0 UFC) will be playing the role of executioner here. “Almighty” has torn through every opponent put in front of him with his wrestling and his kickboxing, which has only been getting better and better. He most recently walked over Jordan Rinaldi, the North Carolinian wrestler, in March to boost his credentialed resume and boost him higher in the stacked Featherweight division. The rising prospect should best Melendez wherever this fight goes and the only thing keeping me from scoring this as a finish is the remarkable durability of Melendez.

Claudia Gadelha (16-4, 5-4 UFC) has been hanging around the Strawweight division since its inception. With a fantastic wrestling base and a few submissions to pad her record (5 of the 7 have come by armbar), she has really filled up some of the holes in her boxing and developed a well-rounded style on both the mat and the feet. “Claudinha” has put together a boxing game that, in combination with her wrestling, can dominate a decision win if she can’t find a sub.

A quick armbar over Angela Hill is giving Randa Markos (9-6, 5-5 UFC) another shot at a number next to her name. “Quiet Storm” is best on the ground with 4 wins coming by submission and all of them in armbars. She has a tendency to get lulled into brawls and her boxing is not technical enough to thrive in those environments, along with her not having a ton of power. I love Markos, but her main issue has been consistency and that has plagued her throughout her UFC career, where she can look incredible in one performance and fall flat in the next.

Even not factoring in Markos’ issues of consistency, this looks like Gadelha’s fight to lose. She has the better boxing and better wrestling game to work over Markos in top control. Along with that, her own experience with armbars should keep her away from Markos’ traps. Plus, if you’re the superstitious type, Markos has traded wins and losses in the Octagon like clockwork and she’s due for a loss.

After beginning his Octagon career at 1-1, Alejandro Perez (21-7, 7-2-1 UFC) put together a six-fight win streak before falling at the hands of Cody Stamann back in March. Perez is a jack of all trades, but his main skill comes in on the feet, holding 9 wins in the form of knockouts. The Mexican fighter has a lot of grit in the cage and his heavy hands are bolstered by his submission game, where he has scored 5 victories, though none in the Octagon.

Team Alpha Male’s Song Yadong (13-3, 3-0 UFC) was piecing guys up at Featherweight before dropping to Bantamweight to take on Vince Morales. He emerged victorious in that match by decision in what was an incredibly entertaining fight. Yadong is reminiscent of a young Conor McGregor, and he brings in the leg kicks, wild spin kicks, and brute power to back that up. On top of that, “Kung Fu Monkey” is the Chinese BJJ champion, bringing in 3 submission victories. With this kid’s style (keep in mind he’s only 21), it very surprising that 6 of his victories have gone to decision because he really has POWER. Hey, growth is what you want to be seeing from young fighters.

Although Perez is a danger on the feet, he was outgrinded by Stamann’s wrestling. He struggles when pressured heavily, and the name of Song’s game is ‘bully’. He pieces his opponent up on the feet but can dominate you on the ground with an elbow in the face the entire time, something only helped by his time at Alpha Male. Song should be able to easily piece up his opponent on the feet being a master of range utilization and work Perez over on the mat.

Take the Shot: Song Yadong via Round 2 Submission

We have some fun warmup matches here. Check out the early prelims predictions and the main card soon to follow! Make sure to tune into regular ol’ ESPN at 8:00 EST to catch these. Tomorrow are the big boys and girls!