The PFL organization is much larger than last year with all 4 champions and $1 million winners coming back for a second time. Each card is only 10 fights (5 on ESPN+ and 5 on ESPN2). They focus on two weight classes each night and on this night they went with the Welterweight division and the Women’s Lightweight.

I must say, these were all incredibly entertaining. I like the style and the way this is set up. Since all these fighters and the promotion as a whole are new to me, I’m just going to give the results on every fight and then give my quick thoughts on the entertaining ones. Since I don’t know the division and everything YET, I can’t very well make any predictions for their future in the division.

Samad dominated Charneski using wrestling and striking, even though she’s a jiu-jitsu expert. I really like Samad forward and I think she’s super well rounded against many of the specialists here.

This kid ended the other guy. He has a 79″ reach, which is absolutely massive for a Welterweight. His submission here was elite and his striking did its job with some serious power behind it. Me likey.

This mans is a giant with nightmare power behind it. This one hurt just watching it. Didn’t even last 20 seconds.

“Women’s divisions are boringggg…” Yeah, you can shut up forever.

So these two are cousins. They didn’t have any kindness between them and they certainly weren’t taking it easy. The 2018 finalist Cooper went in there with a plan and he executed it quickly.

So our boy Magomed here was the 2018 Welterweight Champion and he backed that up here. QUICKLY. It’s looking like he’s going to be making another run. 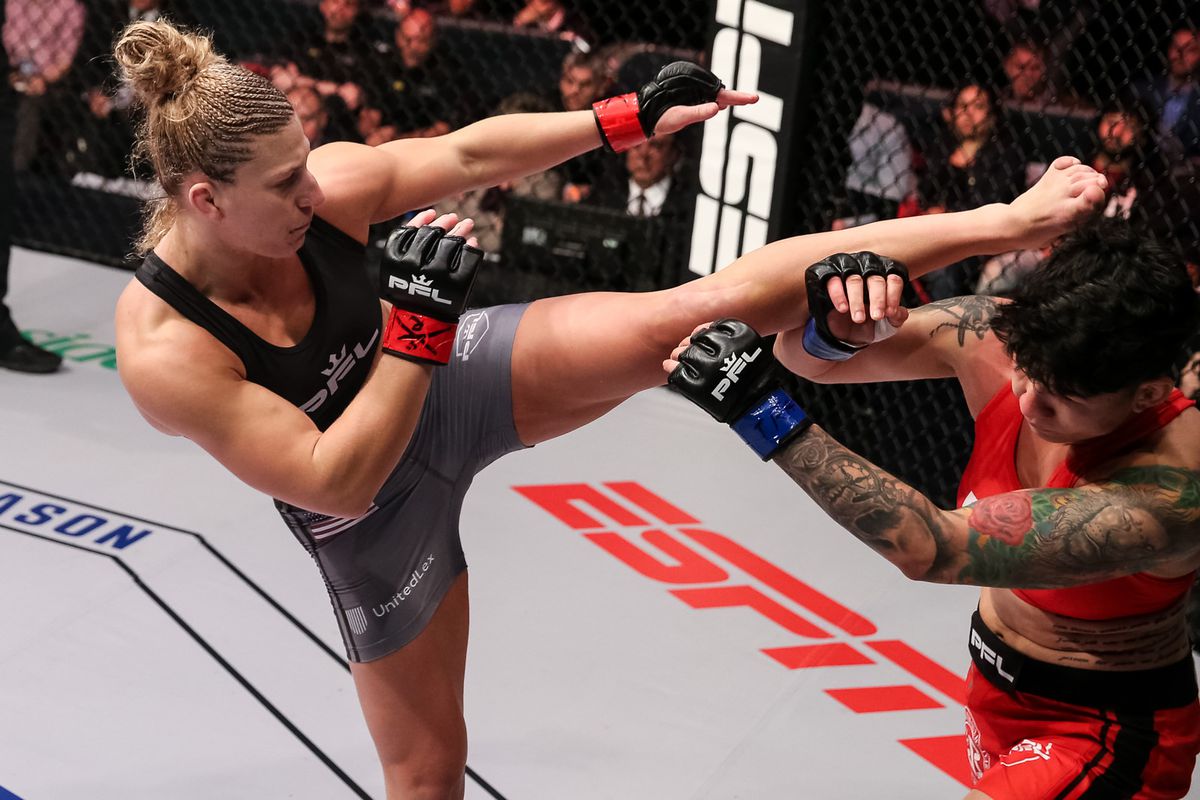 This was just crazy. Harrison used her judo and dominant top game to pound this woman from the top. I don’t know how they didn’t stop it and Kayla wasn’t too happy about it either. Harrison is quickly becoming the star of the promotion and a serious force to be reckoned with at 155.

Another thing I especially loved and something that I wish the UFC would start doing is keeping the official tally of strikes right at the bottom of the screen. PFL keeps their audience updated with exactly how many strikes and what all is landing at all times and it makes the fights much more interesting, especially for anyone who watches fights from an analytical standpoint like me. This was a fun night and I am very much looking forward to seeing more of this promotion as a whole.