ONE Dangal: The Definitive Guide and Predictions

For those of you not familiar with ONE Championship, it is one of the premier MMA organizations, based out of Singapore. They feature mixed martial arts events, as well as kickboxing, grappling, and Muay Thai, making them the perfect one stop shop for combat sports fans. In addition to this, ONE does not permit cutting weight, boosting weight divisions by ~10 pounds and testing athletes for water content in their bodies.

This event takes place on May 15th with the main event featuring ONE Heavyweight World Champion Brandon Vera defending his title against Arjan Bhullar.  Brandon Vera is ethnically from the Philippines and Arjan Bhullar is from India.  As a nice play on words, the word Dangal means “riot/wrestling’ in Hindi (Indian language) and ‘dignity’ in Tagalog (Filipino language).  With 3 other Indian athletes on the card, Dangal is a mini showcase of Indian MMA on the global stage. 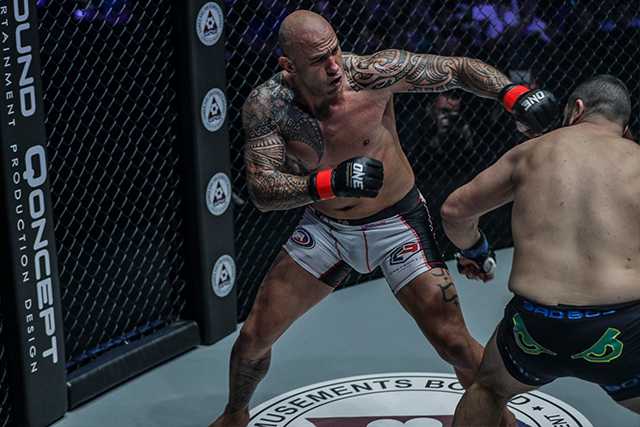 Brandon Vera (16-8, 4-1 ONE) made his way to ONE Championship after almost eight years on the UFC roster, competing against the likes of Frank Mir, Jon Jones, and Fabricio Werdum. After a round one knockout in his ONE debut, he captured the Heavyweight crown with a 26 second head kick knockout over Paul Cheng. After two title defenses both resulting in first round knockouts, he moved down to 205 to challenge for the Light Heavyweight strap, but was knocked out by Aung La N Sang.

“The Truth” made his entry into MMA with a collegiate wrestling background, but primarily finds success on the feet with his striking. He mixes it up well and has surprising quickness for a Heavyweight, and builds on that with devastating kicks.

He has eleven career knockouts, with all but three coming inside the first round. Vera does his best work when able to pick apart his opponent with kicks and power punches, and has an extremely high striking accuracy rate. However, Vera is now forty-three years old and has not competed in a year and a half. Arjan Bhullar (10-1, 1-0 ONE) is also a UFC vet, amassing a 4-1 record in the promotion before transitioning to Singapore. His promotional debut was a dominant decision victory over Mauro Cerilli and he was slated to challenge for the belt over a year ago, but the fight was delayed to now due to COVID-19.

“Singh” has an extremely high wrestling pedigree coming from the Indian Kushti style, claiming gold at the Commonwealth Games and representing Canada in the 2012 Olympics. He has three finishes, all by way of knockout. The lone loss on his resume came from a submission, the rarely seen omaplata.

Bhullar brings a colossal wrestling advantage into almost every one of his fights, and that stands true here. With a high takedown accuracy and powerful top control, he prioritizes position and looks to succeed with control time. Though his striking is constantly evolving, he does eat his fair share of shots on the feet.

This is a fairly binary fight, in the sense that each fighter has dominance in a particular realm of the fight. Though in his forties, Vera has proven he still has the one-shot power and movement that kept him among the elites for his long career. On the other hand, Bhullar will find immense success on the mat if he can wrangle his larger foe there. Though Vera presents considerable danger on the feet, Bhullar’s range management and takedown threat should keep him out of serious trouble there. From there, he can take advantage of Vera’s poor takedown defense and dominate from top position. In short, Bhullar takes home the belt with a one-sided decision or late ground and pound finish.

My Pick: Arjan Bhullar via Knockout 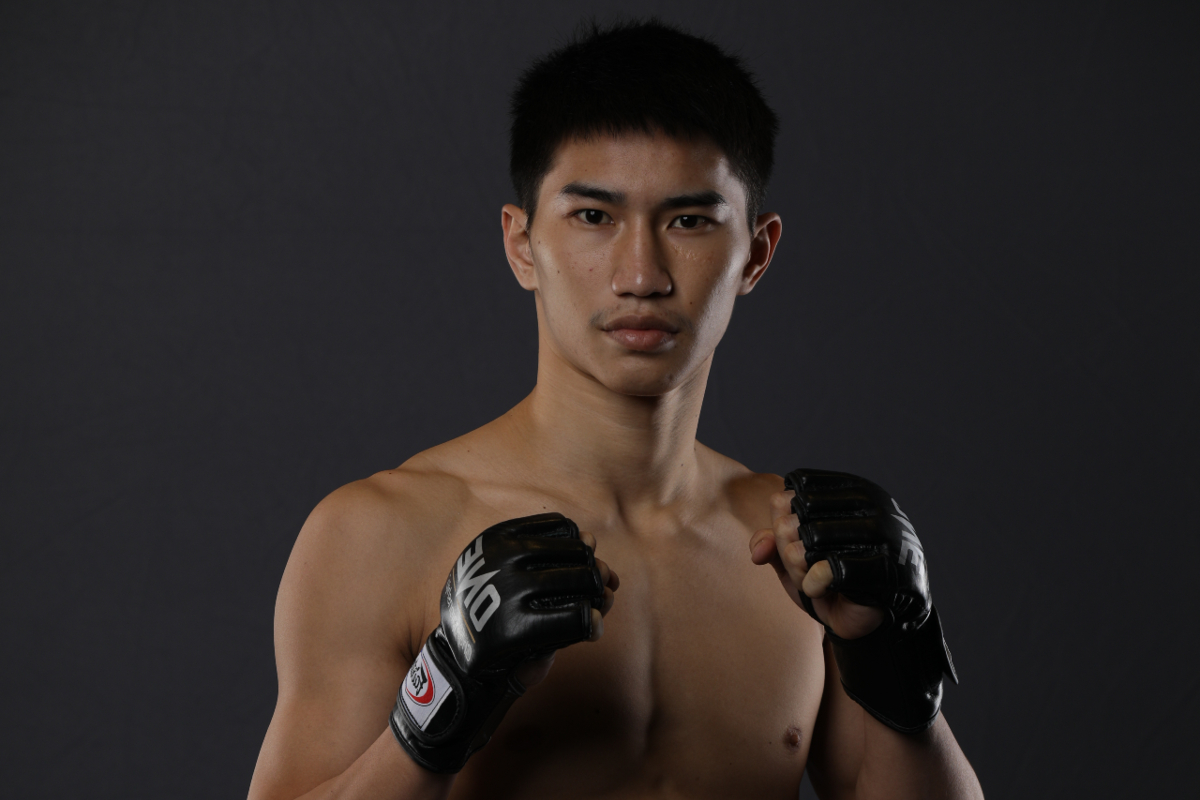 21-year-old Tawanchai PK Saenchai (124-30-2) will be making his promotional debut in this Super Series bout. He is a Muay Thai phenom with furious technique and incredible promise, seeking to claim the Bantamweight World Title. Fighting out of Thailand, he represents the highly venerated Saenchai Muay Thai gym.

Tawanchai has an incredibly entertaining fighting style. He keeps his hands low and unloads with powerful front kicks and his trademark head kick. He has beautiful step-in elbows and mixes it up well to the body and legs with his kicks, particularly his deep kick. There are little reads to be found on his kicks, as his furious speed gives little notice before the strike comes. 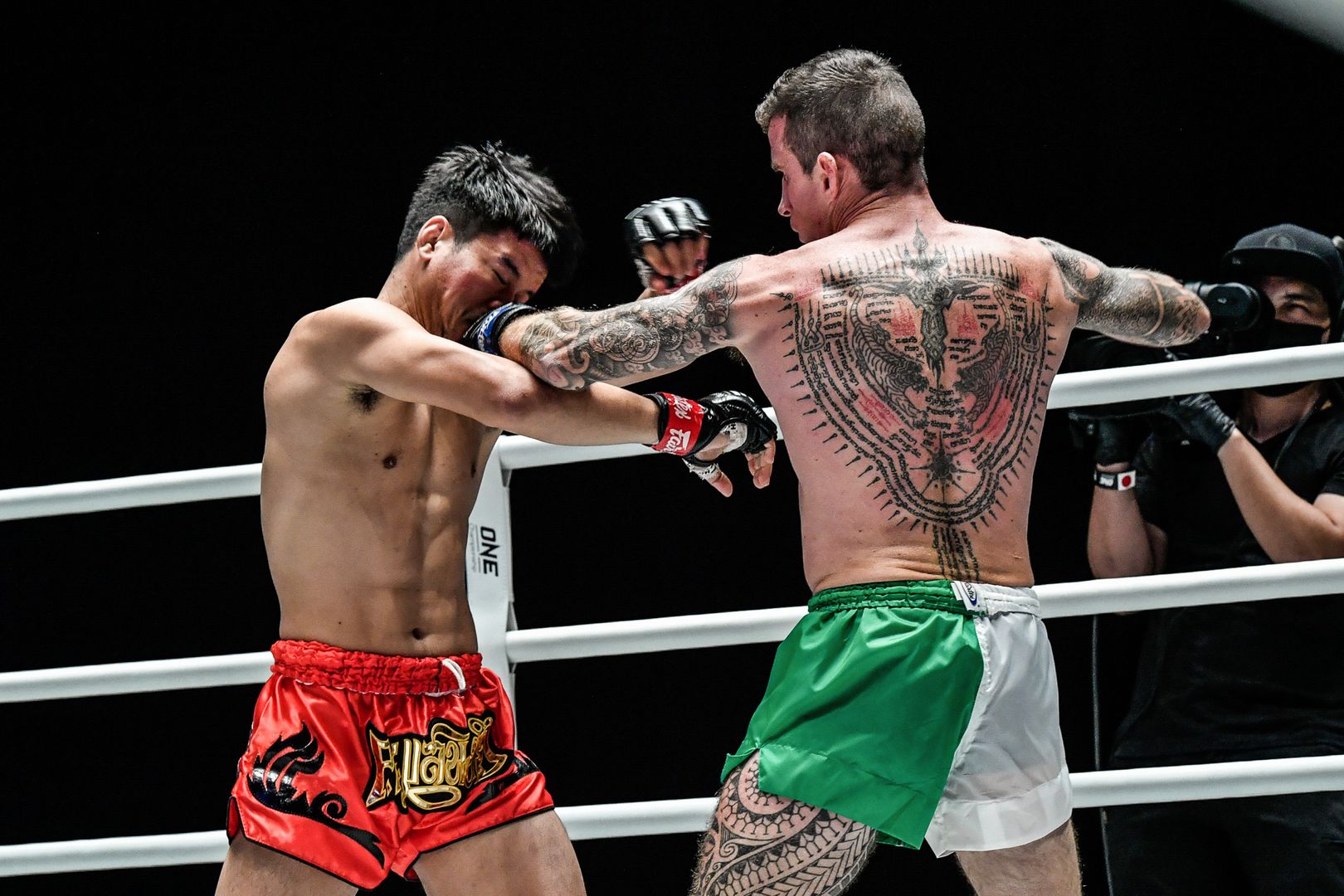 Sean Clancy (44-17, 0-1 ONE) transitioned from Ireland to Thailand to truly focus on his Muay Thai and dedication to the sport. He claimed the WBC Muay Thai world title in 2019 with a decision over Alessandro Sara. His promotional debut against Pongsiri PK Saenchai, a teammate of Taewanchai’s, was a back-and-forth slobberknocker that saw Clancy outpointed on the scorecards.

“Clubber” is most threatening with his power. He demonstrated his iron chin against Pongsiri in his last bout, but he has violent power in his hands and kicks and can crumple opponents with just one shot. Clancy keeps up a consistent volume and finds success with his combinations, fighting in explosive spurts.

If you are a fan of high-level striking and bloody wars, this is the fight for you. Tawanchai has made waves in the Muay Thai world with an astounding record for such a young fighter, and when you watch him fight, you understand the hype behind him. He brings a relentless pace and a vicious kicking arsenal, as well as slick footwork, staying one step ahead of his opponent. Clancy is a fantastic match up for the young fighter, as his durability and finishing potential give him the opportunity to stay in the pocket and sling it out. I see the advantage going to Tawanchai, who finds more success at range with his kicks, and has the technique to take advantage of Clancy’s hard-nosed approach. I predict a back and forth war going to the scorecards for Tawanchai to produce a big win in his debut.

Elite striker Bi Nguyen (5-6, 1-3 ONE) has built up a solid fan base with her blood and guts style and striking acumen. She has competed in both MMA and Muay Thai inside the Circle, demonstrating the high level of technique within her striking. She won her promotional debut with first round knockout, but has dropped her last three MMA bouts. Fun fact, Nguyen was a contestant on the 37th season of Survivor, the hit reality show.

“Killer B” has quick kicks, particularly from her rear leg roundhouse, as well as some considerable pop in her hands, an uncommon attribute for Atomweights. She mixes it up to the legs, but primarily threatens her opponents head. Nguyen brings forward pressure and a high volume, unloading with wild hooks when inside the pocket. She does her best work with her striking, but has aggressive ground and pound from top control and stout submission defense.

Ritu Phogat (4-0, 4-0 ONE) has fought and won every bout of her career inside the ONE Circle. She was a gold medalist in Commonwealth Wrestling and is the daughter of legendary coach Mahavir Phogat, whose training inspired the Bollywood film Dangal, the namesake of this card. Phogat was expected to compete at the 2020 Olympic Games, but switched to MMA to the surprise of many.

Phogat has a relentless wrestling attack and she is absolutely lethal from top position. She has a mastery of positioning and does fantastic work from side control, with a shockingly high takedown accuracy. She has scored three knockouts coming from ground and pound. Her striking is quickly improving with light movement and a composed jab, but her chief weakness is her striking defense.

This is a fun showcase fight, but what ultimately seems to be a purposeful highlight reel for Phogat. It is an ideal stylistic matchup for the Indian, who comes in with an incredible wrestling advantage and will dominate whenever this fight is on the mat. Nguyen, while a danger on the feet, lacks the takedown defense to keep it standing, and her grappling remains her main struggle. Though Nguyen will claim the edge in striking, the takedown accuracy and powerful top game of Phogat will carry her to a wide decision or another ground and pound stoppage.

My Pick: Ritu Phogat by Knockout

This event has been previously recorded, but will be broadcast on Saturday, May 15th at 6 AM EST. Be sure to tune in from ONE’s YouTube Channel or via Bleacher Report in the United States.

Tagged as: Arjan Bhullar, Brandon Vera, ONE Championship, ONE Predictions, ONE: Dangal