So I think this is UFC Vegas 9… or maybe 8… either way, our nonstop onslaught of UFC fights is coming along and I could not be happier.

Though we got burned a little after the Featherweight showdown between Yair Rodriguez and Zabit got postponed, but we have a top-10 ranked Light Heavyweight bout between title challenger Anthony Smith and crisp kickboxer Aleksander Rakic, as well as fan favorite Robbie Lawler taking on the resurgent Neil Magny.

We are set up for one solid Fight Night, even with the what is now typical COVID-related (and injury) cancellations, so let’s jump right in.

Note: Although this is our main event, it will only be three rounds. 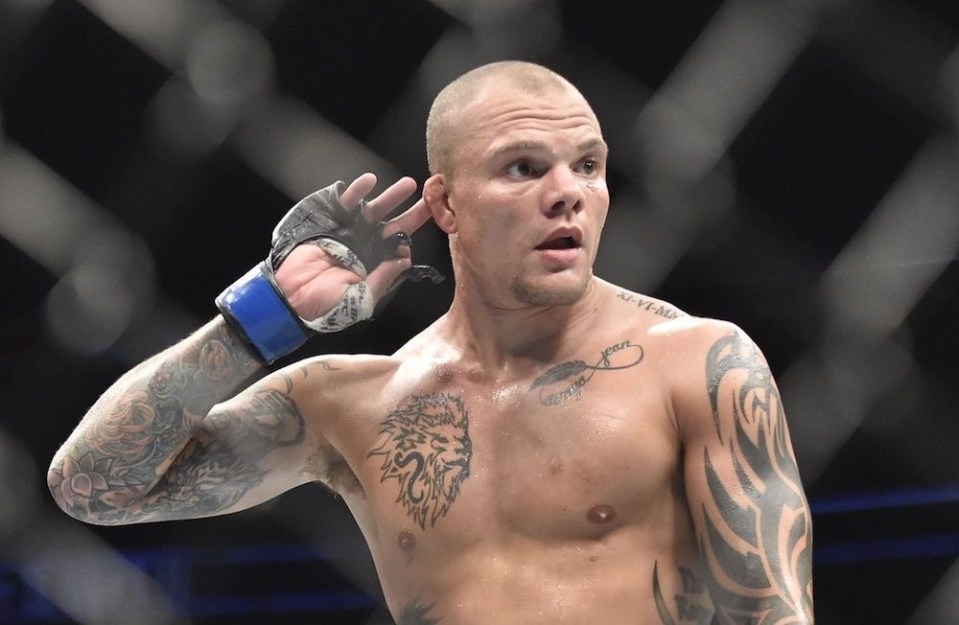 Anthony Smith (33-15, 8-5 UFC) moved up to 205 pounds after a loss to Thiago Santos at Middleweight. His 3-0 record at LHW got him a shot against Jones where he lasted to the decision, despite taking an illegal knee from Jones and refusing to receive the DQ win. “Lionheart” is no stranger to the knockout, with 18 wins in that fashion on his record. Two of his LHW wins came through knockouts within the first two minutes of the match. On top of dangerous striking, Smith has great submission potential, although not always carrying the wrestling threat to get it there. 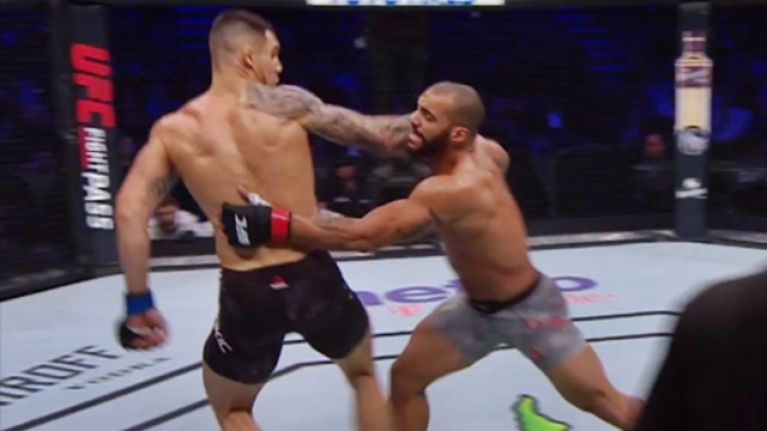 The issue is that his opponent Aleksander Rakic (12-2, 4-1 UFC) is also a power puncher. He may not always have the one-shot punch, but he has crisp striking and a good frame for the division. Rakic is amazing at finding his range and has some of the best striking defense at Light Heavyweight. Rakic has some decent offensive wrestling, but certainly prefers to bang it out on the feet. His striking is set apart through his lanky kickboxing and neat combos, effortlessly tying together kicks and crisp straights.

The first thing that needs to be addressed is the beating that Anthony Smith had laid on him just around three months ago by Glover Texeira. After being badly hurt in the second round, his “Lionheart” carried him to the fifth round before the ref mercilessly stepped in. That is going to do no favors for his durability and longevity, already suspect after a storied career. That combined with Rakic’s far superior striking technique and impeccable defense, along with the fact that Smith (barring his first minute KOs of Rua and Evans) has not outstruck an opponent since Elvis Mutopcic nine fights ago, set Smith up as reliant upon the finish for a win here. Rakic’s superior chin and striking technique carry him to a late finish or dominant decision win.

Former champion Robbie Lawler (28-14, 13-8 UFC) is now on a three fight skid, including a controversial loss to Ben Askren in a fight where I thought he put Askren to sleep. Lawler is a power puncher who mainly utilizes his boxing, but can also fire up high kicks if he feels the opportunity. The striking of Lawler is on another level because of his advancing and ability to maximize his own range then dodge his opponent’s counters. Even though Lawler has just one win in his last five, all of those fights have been against truly elite competition and he has shown success in every one of those bouts.

After over a year away from the cage, Neil Magny (23-7, 16-6 UFC) has scored two decision victories over Li Jingliang and Rocco Martin, reasserting himself in the Welterweight rankings. “The Haitian Sensation” uses his massive 6’3 frame and eighty-inch reach to outstrike his opponents, using long strikes and expert clinch work to dictate the range at which the fight takes place. Magny also has fantastic wrestling to back him up and a wealth of knowledge at his disposal about submissions, although he clearly favors position.

Although I do not believe that Robbie is as over the hill as some may argue, this is a bad stylistic matchup for even prime Lawler. Magny’s range utilization and freakish length will not allow Lawler to start brawling and get into the pocket as he often chooses, and Lawler’s historically stellar takedown defense has shown lapses as of late. Although Robbie still has his warring style and will certainly try to go for broke as he always does, Magny has a wealth of options to keep Robbie out of his comfort zone and at bay.

Ji Yeon Kim (9-2, 3-2 UFC) has been skirting the line of caution in her stay in the UFC before scoring a last second round 2 TKO over Nadia Kassem. She is a volume fighter who is not lost on the mat, but has some clear holes in her grappling. She lost to Lucie Pudilova (I mean, who does that) and all but one of her UFC victories have been split decisions. Kim likes to come forward with a barrage of strikes, but her shoddy defensive wrestling often keeps her on her toes.

Alexa Grasso (11-3, 3-3 UFC) will be making her Flyweight debut tonight up a weight class. The Mexican Grasso has incredible boxing and more pop than most, yet not enough to yet land a finish inside the UFC. Her striking is mixed up well and Grasso does a fantastic job piecing together combos while keeping her head movement going. Grasso’s Kryptonite has been strong wrestlers that have the ability to control her and can weather her chopping hooks and quick kicks.

I think that we are in for a true fire fight here, but one that Grasso has the clear edge in. Both fighters love to stand and strike, but the boxing of Grasso and her expert hooks will deal serious damage whenever Kim tries to get into the pocket range. On top of that, while Grasso is no grappling technician, she has the far superior wrestling, though I doubt it will come into play. Expect a competitive fight, but one that Grasso’s edges in competition and technique will edge out. 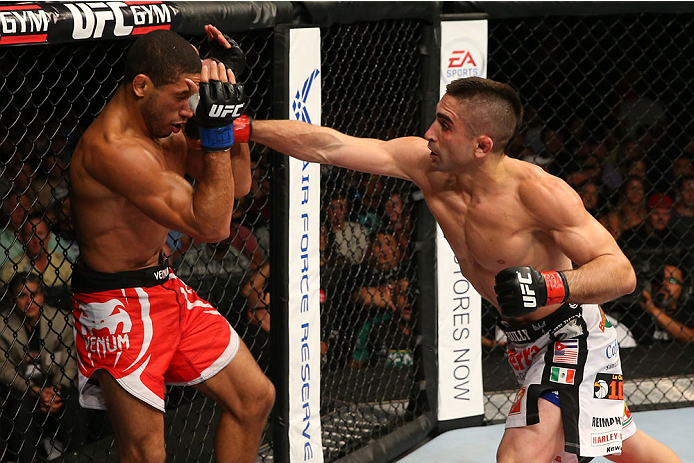 38-year-old Ricardo Lamas (19-7, 10-5 UFC) is making a return to the sport’s greatest proving ground after more than a year since suffering a KO defeat to Calvin Kattar. Lamas has been around since the days of the WEC and has the wins to show for it. “The Bully” has a well-developed game in all areas, including 6 knockouts, 5 submissions, and the gas tank to handle any decision. His striking is dangerous and shows an affinity for the power shots, although his volume does leave something to be desired. I like his wrestling, but that has seemed to be the factor eluding him in recent years as he gets up there in age.

Bill Algeo (13-4) is getting the short notice call up to the big show after Ryan Hall withdrew. Algeo came up short in a decision on the Contender Series last season against Brendan Loughnane. He recently got back on the winning track just two weeks ago at CFFC 83, taking down Tim Dooling in a decision. “Señor Perfecto” has six wins by submission, but is no stranger to the scrap, as his high volume and aggression put him right in line for the brawl. Although I do believe Algeo is UFC caliber, a talented and still game veteran like Lamas is not a good match. His wrestling and experience leave him with the edge in the grappling, Algeo’s most dangerous element, as well as having the better boxing. I see Lamas dominating for two rounds before finding the late finish.

Take the Shot: Ricardo Lamas via Round 3 Knockout

It’s been a difficult ride up to this point for this heated rivalry, as the horrid stoppage in their first meeting has been further marred by three cancellations for their rematch. I will be knocking on wood until the ref raises one of their hands. 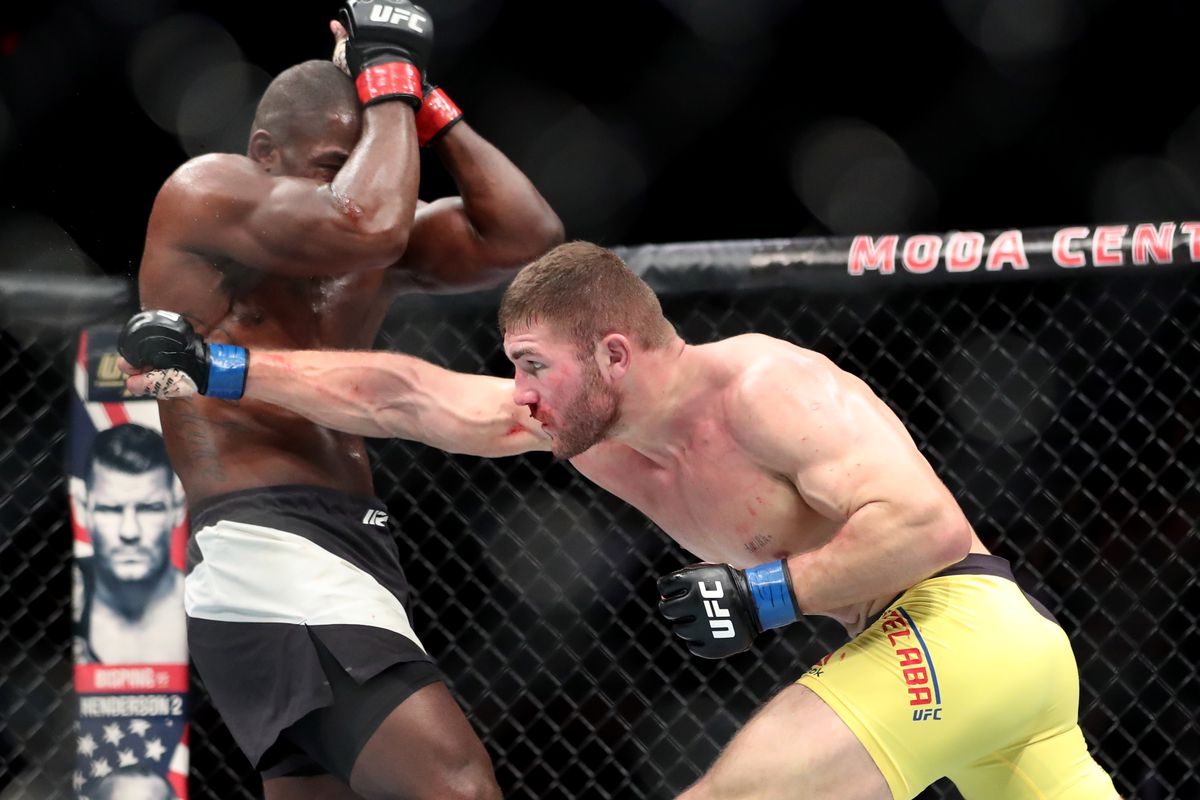 Ion Cutelaba (15-5, 4-4 UFC) has consistently been one of my favorite fighters in a fun division. Before coming to the UFC, he had only seen one fight go to the second round and he has replicated that success in the world’s greatest proving ground, earning three of his four UFC wins by violent first round finish. He has unreal power at Light Heavyweight and great foundational wrestling, especially in scrambles. However, his biggest issue has consistently been his gas tank and wearing himself out too early with his surging pressure. If you can withstand a furious first round, you have a good shot to win against Cutelaba.

Russian striking sensation Magomed Ankalaev (13-1, 4-1 UFC) should technically be undefeated, but after a dominant showing against Paul Craig in his UFC debut, Ankalaev succumbed to a literal last-second submission attempt. Since then he has rattled off three straight victories, two of which being violent finishes. Ankalaev has great striking, boasting an incredible 68% striking defense and a fairly constant pressure. On top of that, he has well-timed reversals and clinch skills, making it incredibly difficult to take him down to the mat.

Ankalaev is one of the best prospects for good reason, as he has shown barely a minute of weakness in his Octagon tenure. His expert kickboxing attack is rivaled only by his grappling success, showing the ability to score and defend takedowns with relative ease. There’s no doubt in anyone’s mind about what this fight will be like after all the drama surrounding the match, and the result all comes down to whether Ankalaev can survive the Hulk’s early blitz. He has shown ability to be hit inside the pocket without his deadly kicks  to establish range and that is exclusively what Cutelaba will look to exploit. Is Ankalaev the better and more technical striker? Without question. However, he requires range and his own pacing. Ankalaev likes to push his own shots and be the one pressuring, yet Cutelaba is a different kind of pressure. If Ankalaev can survive the first round, his striking and ground defense make it an easy finish or decision win, yet the berserker style of “The Hulk” won’t let it go there.

At the time of writing, we are looking at an eleven-bout fight card and the prelims have no shortage of great fights as well, featuring the likes of Contender Series winner Impa Kasanganay and the undefeated Sean Brady looking for his third win inside the Octagon.