The UFC returns to the United Kingdom with a top notch card with a high-profile bout in the Welterweight division between former champion Tyron Woodley and streaking contender Leon Edwards!

I have two solid underdogs on tap this week, perfect for scoring some cash prior to Saint Patty’s Day!

Tyron Woodley (19-4, 9-3 UFC) will be making his first appearance since losing his belt to Tyron Woodley last April. Woodley is a supreme wrestler with a hammer of a right hand and the counterpunching to aid it. He finished off Darren Till in his last successful title defense in brutal fashion, dropping him with that right, and I saw that as a possible outcome as T-Wood has a skill in lulling his opponent to come crashing in, only to find his right hook there. His skill on the mat is rivaled by few and although many doubt his focus on the sport of MMA, he remains one of the most highly talented individuals in the stacked Welterweight division.

The Brit Leon Edwards (18-3, 10-2 UFC) is riding a nine-fight win streak, most recently besting submission expert Gunnar Nelson and former Lightweight champ RDA. In the former fight, he was able to beat Gunni at his own game and even outwrestle Gunnar, in addition to the striking clinic he put on. Edwards has durable wrestling, but his best foot lies in striking and his skill at drawing a match into his best territory. “Rocky” doesn’t have the best power, but does well motivating range and dictating the course of the fight.

I still am absolutely stunned to see Woodley in the underdog slot. Sure, he had an entirely disappointing out against Usman, but several have had that struggle against the elite wrestler. Woodley has fight-changing power to end it in an instant and the much superior grappling in comparison to Edwards. While Edwards may have the ability to outpoint Woodley with volume, he has nowhere near the finishing ability, or control skill on the ground. Woodley rains punishment on Edwards before landing that cannon of a right in the fourth frame.

Take the Shot: Tyron Woodley via Round 4 Knockout 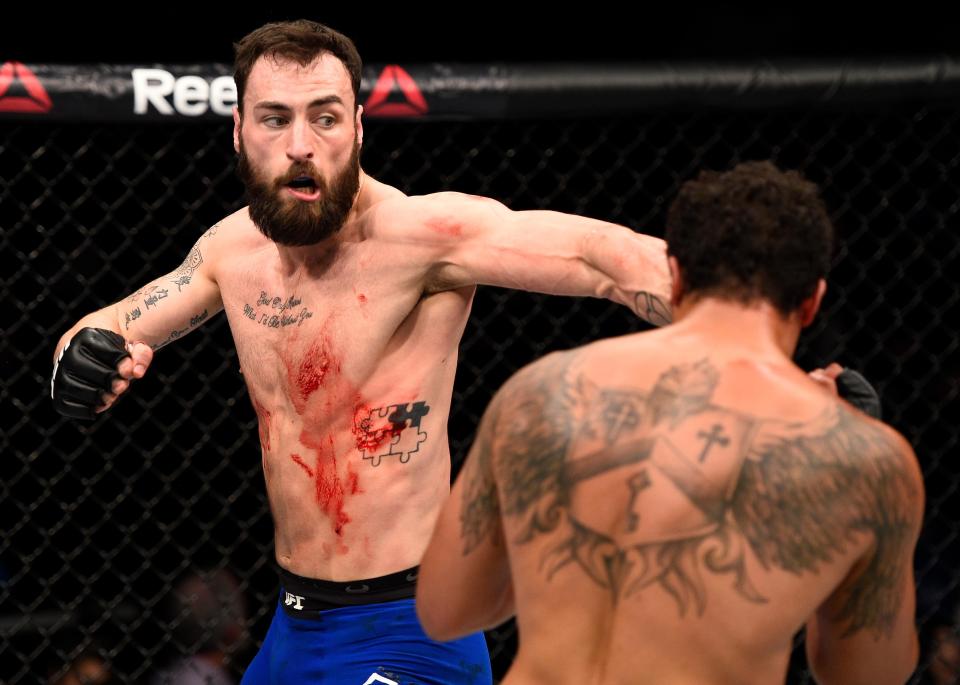 UFC journeyman Paul Craig (11-4, 4-4 UFC) has also never seen a fight go the distance. In addition, he is also a ground expert with 10 wins closing on the mat. The Scottish fighter has had consistent struggles in the cage. He has abysmal standup and will pull guard in seconds to get the fight to the mat. While that strategy has lucked out on occasion against fighters on the verge of getting cut from the cage, it doesn’t against competitors even close to that Top 15 ranking.

Ryan Spann (17-5, 3-0 UFC) is massive for the division. He carries brutal power and a dangerous submission game. He will have a big size advantage against Lil Nog. He has an amazing top game and his right-hand drops more people than his mere 3 knockouts would lead you to believe. Craig is best when he is the one controlling the fight and that will not be the case against Spann, who always comes out ready to fight.

Take the Shot: Ryan Spann via Round 2 Knockout

John Phillips (22-9, 1-3 UFC) was supposedly released from the UFC, but received one last chance against Alen Amedovski, which he capitalized on with a first-round knockout. The Welsh brawler has never made it to decision with a victory, but has a decent chin and an alright gas tank. His main skill is just knockout power but he has poor volume and nowhere near stellar movement, leaving him in a gray area not looked kindly upon when seeking to stay in the UFC longterm.

A dominant decision on the Contender Series earned Dusko Todorovic (9-0) a ticket to the big show. Dusko has serious striking power inside the first round, but tends to really more on his grappling after that. He has skill in submission and has many venues to close the show, but does not need it and has an ability to succeed on the judges’ scorecards. His control time as well as range utilization will keep him away from the power of Phillips and outwork him on the mat.

Take the Shot: Dusko Todorovic via Round 3 Submission

Makwan Amirkhani (15-4, 5-2 UFC) will be coming off a year-long break from his split decision win over Jason Knight. “Mr. Finland” is a ground expert with 9 submissions but stunned UFC fans early with an 8-second knockout in his debut, the only knockout on his record. Despite that, he doesn’t like to risk it on the feet and shoots for takedowns quickly and repeatedly and doesn’t leave much room for striking. The struggle for him time and time again has been his gas tank, which tends to falter if he is forced to strike for too long.

A knockout started Mike Grundy’s (12-1, 1-0 UFC) UFC career off well, ending Nad Narimani in the second round. Grundy not only has immense wrestling skill, but a well-rounded and technical striking game, likely from his training partner Darren Till. Although we haven’t seen a lot from Grundy, he is certainly well-developed and has both the striking power and technique to beautifully complement his grappling pedigree.

Although Grundy certainly impressed in his debut, he doesn’t have the experience or skill off of his back to ward off Amirkhani’s unstoppable pressure. His first knockout on his record doesn’t do much to sway me in his ability to pick apart the Finnish fighter even if he is able to ward off the grappling offensive, as the aggression and furious output of Amirkhani will make the difference before his gas tank fails.

For this early morning card if you’re in the US, I’m liking two parlays.