Well, this event kind of went off the rails once Junior Dos Santos had to withdraw from the bout. The UFC was unable to coerce Francis Ngannou or any other huge names into flying across the world on slightly more than a week’s notice and ended up with a Greg Hardy replacement.

Now both our main and co-main event are three round fights.

Let’s jump on in! 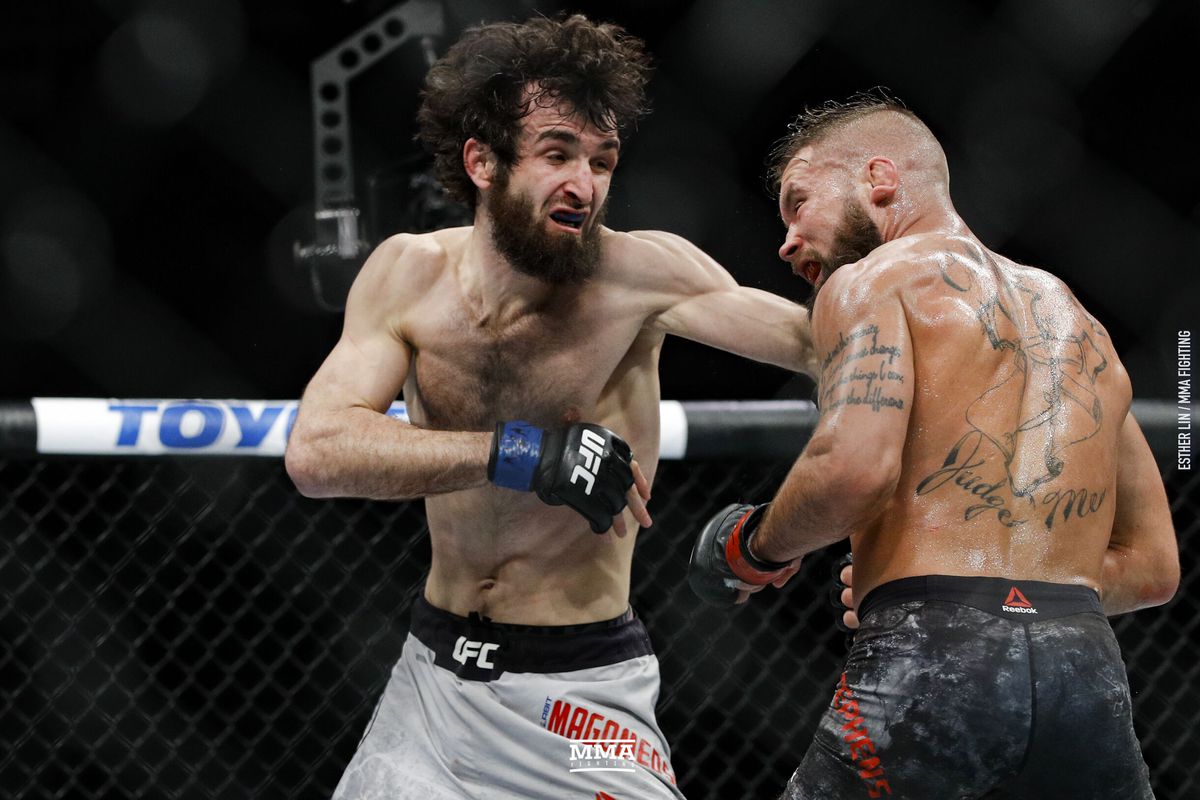 Dagestani contender Zabit Magomedsharipov (17-1, 5-0 UFC) has been nothing short of stunning in his time on the UFC roster. He has well versed and surprisingly unorthodox striking, motivated well by his 6’1 length. On top of that, he has an amazing ground game and three UFC submissions that are only bolstered by his creative trips and takedowns. Zabit’s one issue here is his tendency to get lulled into brawls, which he needs to avoid like the plague here.

Calvin Kattar (20-3, 4-1 UFC) has been an up and comer from the 145ers for a good time now. His lone UFC loss came at the hands of highly ranked Renato Moicano, which he bounced back from with a first-round knockout of Chris Fishgold and then Ricardo Lamas. Kattar is primarily a striker with some nice power and a stifling jab. He can fight well off of his front foot or back foot and can use or avoid pressure very well. Even in his Moicano loss, he cracked him quite a few times. The weak spot in Kattar’s game in on the ground, but he can get back to his feet quickly and is difficult to hold down.

Kattar is a nice test for Zabit. He is the tallest opponent Zabit has had to take on in his UFC career and brings an impressive boxing acumen along with his power. Should this go towards a brawl and Kattar will have the edge, but the ground game makes it hard to pick against Zabit, especially with an opponent with hardly any skill on the mat.

Greg Hardy (5-1, 2-1 UFC) burst onto the UFC scene this year with both tremendous knockouts and controversial headlines. Although his UFC debut saw him take his first loss over an illegal knee, he made it up with a first round knockout over Dmitry Smoliakov in late April. Hardy is a knockout artist in every sense of the word, finishing all of his wins, both professional and amateur, in one round KOs. His debut saw him struggle against wrestling and a gas tank, but Hardy brings both power and his former NFL star athleticism in as powerful weapons for every match. 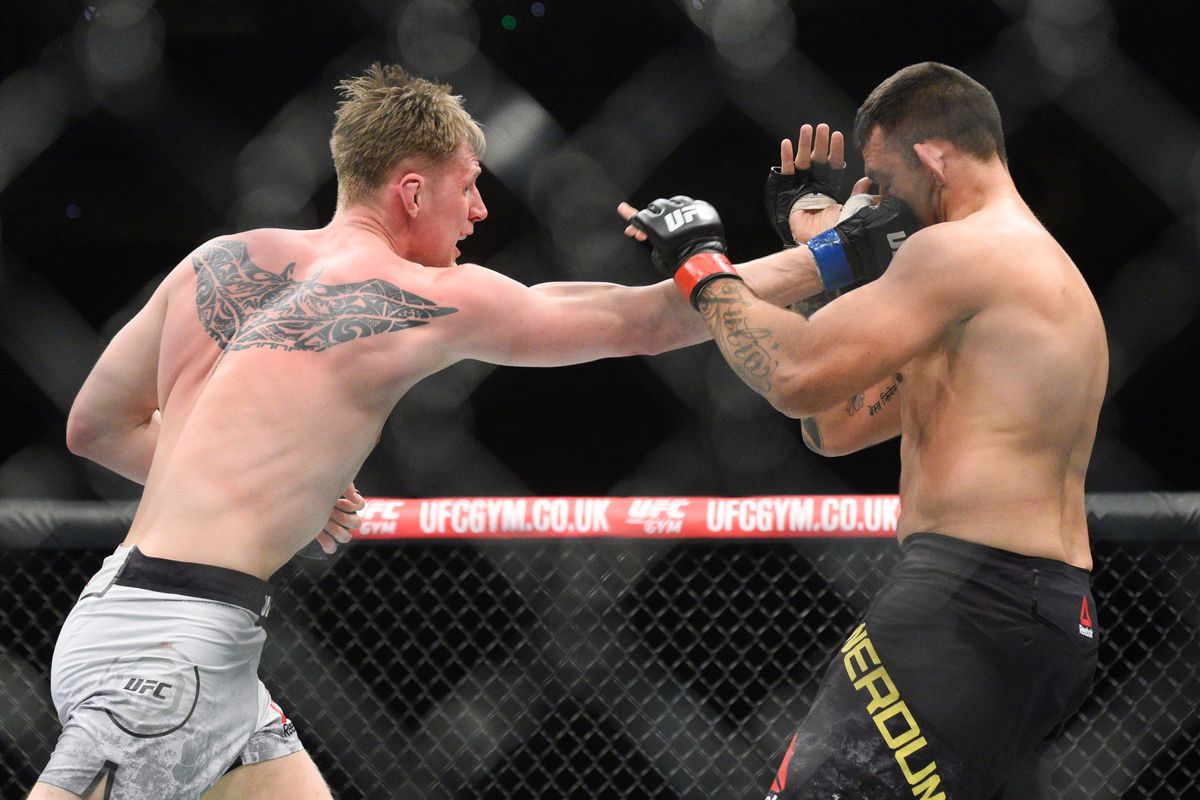 Making his first appearance in over a year will be Alexander Volkov (30-7, 4-1 UFC). Volkov is a hulking beast at 6’7 and has the trademark Heavyweight power, though I will say it isn’t as much so as his other opponents. Volkov is primarily a striker who utilizes his reach and height advantages, although the only thing he will carry in this match is two inches of height. Still, Volkov has some grappling to come into play if he really needs it.

This is a REALLY tough step up for Greg Hardy. The only person to beat Volkov in the UFC was Lewis, and he was getting soundly beat until a lucky shot made its way home. Hardy has a chance, mind you, if he rushes hot out the gate with that fire we saw in his earlier matches. The problem is that Volkov is simply a better striker with a MUCH better gas tank. Easy 29-28 or third round finish for Drago if he can withstand the early onslaught.

Take the Shot: Alexander Volkov via Round 3 Knockout Zelim Imadaev (8-1, 0-1 UFC) lost his UFC debut to Max Griffin in a close match, one that I thought he won if not for a point taken. Imadaev is a striker with dangerous power, finishing all of his victories in knockout. He mixes up his strikes well, but also has some solid takedown defense, not that I think that should come into play in this match. The killer in this match is that Imadaev has immediate stopping power and he only needs one shot to do it. 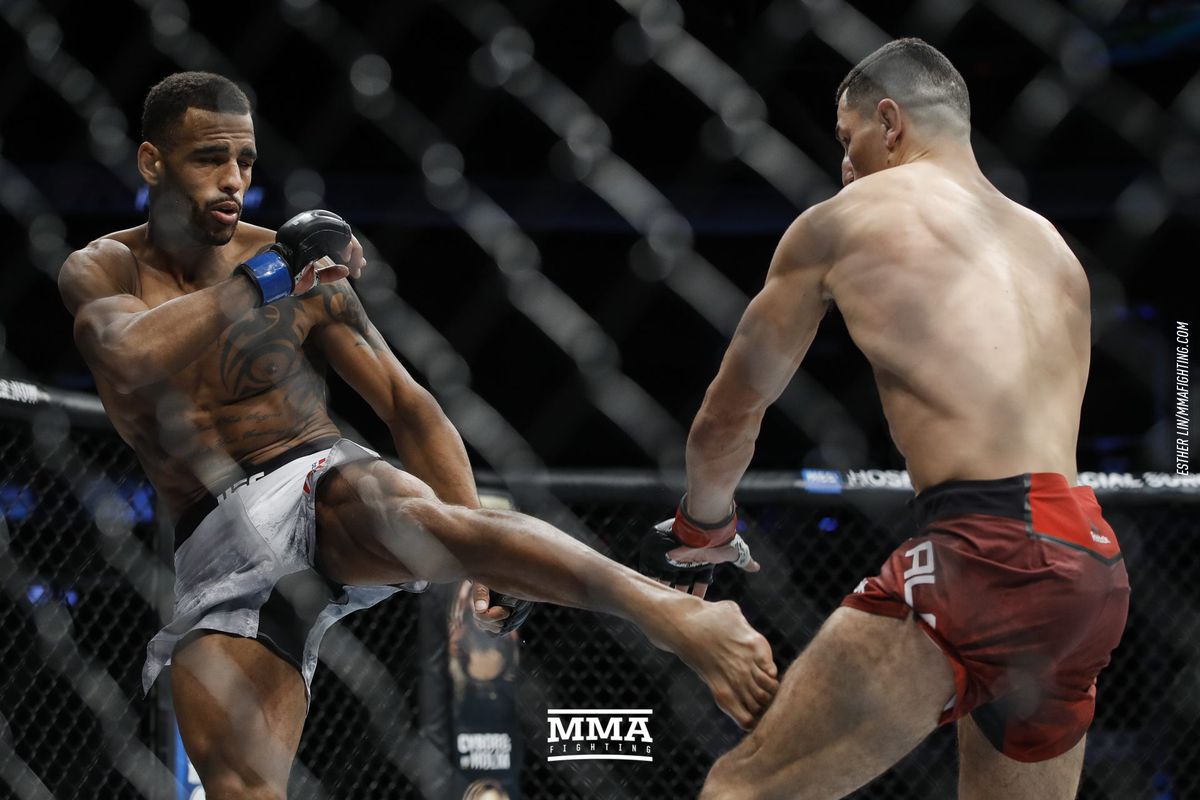 Back at Fight Night 147, Danny Roberts (16-5, 5-4 UFC) was piecing Claudio de Silva up on the feet before tapping to a third-round armbar. “Hot Chocolate” is a very technical boxer with some power in his hands, but does struggle with his chin. More powerful fighters like Taleb and Perry have been able to work Roberts over with their power and put him out. The problem is that his chin simply can’t handle the power that Imadaev can dish out.

Take the Shot: Zelim Imadaev via Round 1 Knockout

Roman Kopylov (8-0) will have the opportunity to make his mark here in his UFC debut. Kopylov is a highly touted prospect as an expert striker, along with solid grappling control to bolster his success. He is an expert at controlling where the fight takes place judging his opponent and has the power and gas tank to take the win wherever the fight goes.

After a fifteen second knockout over UFC Light Heavyweight Ryan Spann on the Contender Series, Karl Roberson made his way to the UFC Middleweight division, where he got wins over Darren Stewart and Jack Marshman, but lost in submission to Cezar Ferreira. Moving up to LHW, he fell to another triangle choke from Glover Teixeira. Still, Roberson has great striking, especially off the clinch, and has shown he can get work done on the ground against non-elite grapplers. Roberson simply doesn’t have the speed or technique to tango with Kopylov’s power and the ground game is something I will never trust in for Roberson again.

There are plenty of places to make some good cash on the remnants of what was a stacked card, but still plenty of fun matchups!