The Contender Series is following up in one of the final weeks of this year’s season. Last week, we had a few smaller guys in a night filled with finishes. This week, we have the big boys, starting and ending the night with some Light Heavyweight matches.

Contract winner(s) are highlighted in gold.

This fight kept passing back and forth. Alacabek would turn the fight to the ground with a slam takedown then control the fight with his expert top game. Then, Knight would use a takedown of his own and land some devatstating blows from his own top position. Round 3 saw Knight really take over. A jump knee seriously damaged Alacabek and then Knight finished the fight from top position after a well-placed takedown sprawl.

Knight looked like a LHW Yoel Romero. He had incredible knees that he tried multiple times along with good wrestling. He was exploited off his back for a bit, but he has serious power and a terrifying explosive that bodes danger for all Light Heavyweights. 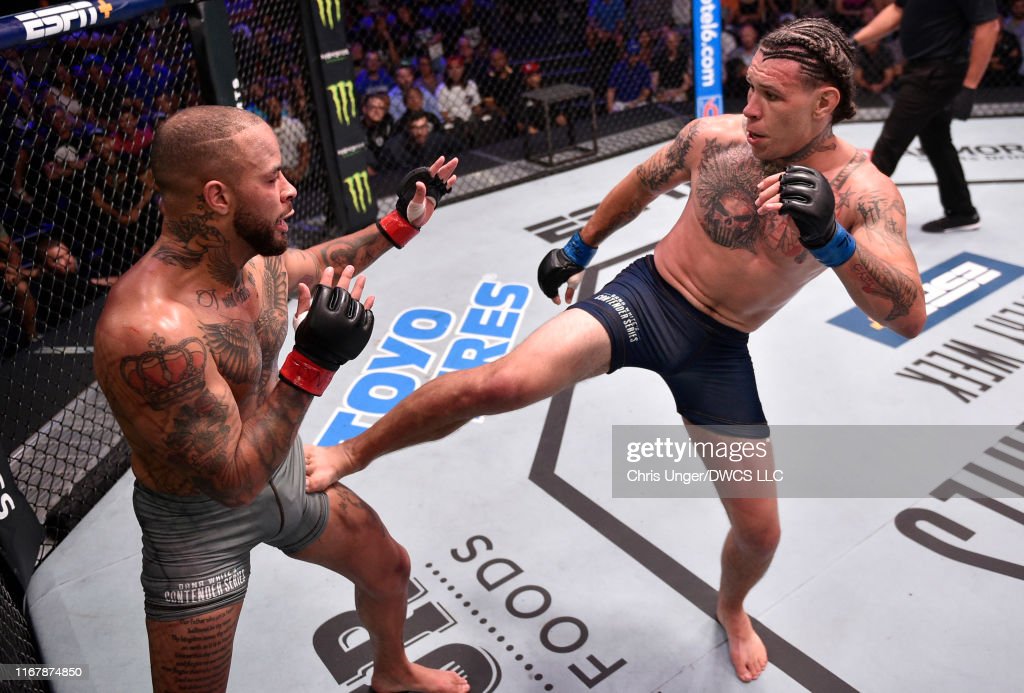 This was incredible. Weaver could easily become a fan favorite with his love to brawl and his entertaining talk in the cage couldn’t help but boost his chances for the Octagon. Devin Smyth was trying to wrestle the entire time and din’t throw a sinle punch on the feet in what could be due to a hand injury. Weaver had amazing takedown defense and then turned it into a great scrap whenever he had the chance.

I can really see some definite Fights of the Night coming from Weaver in the future. He was a wild man when he had the chance but also used wrestling in reverse against an expert wrestler and took to damage whenever he could. With his caliber of boxing and beautiful strings of victories I cannot wait to see more of him!

This was a total slop-fest. Both fighters had pretty poor striking with Young not properly utilizing range while Alpar looked like an out-of-shape Ronda Rousey with her low-amplitude takedowns and poor striking. She has some power, but was incredibly wild with her hands and was really struggling to put solid combinations together.

I can’t see Alpar performing well against the killers of the Bantamweight divison. First off, she could easily be a Starwweight if she got in better shape. On top of that, she just doesn’t have the right technique or natural talents to succeed in the UFC and I will almost certainly be picking against her up against an opponent with any specialty or fighting talent. 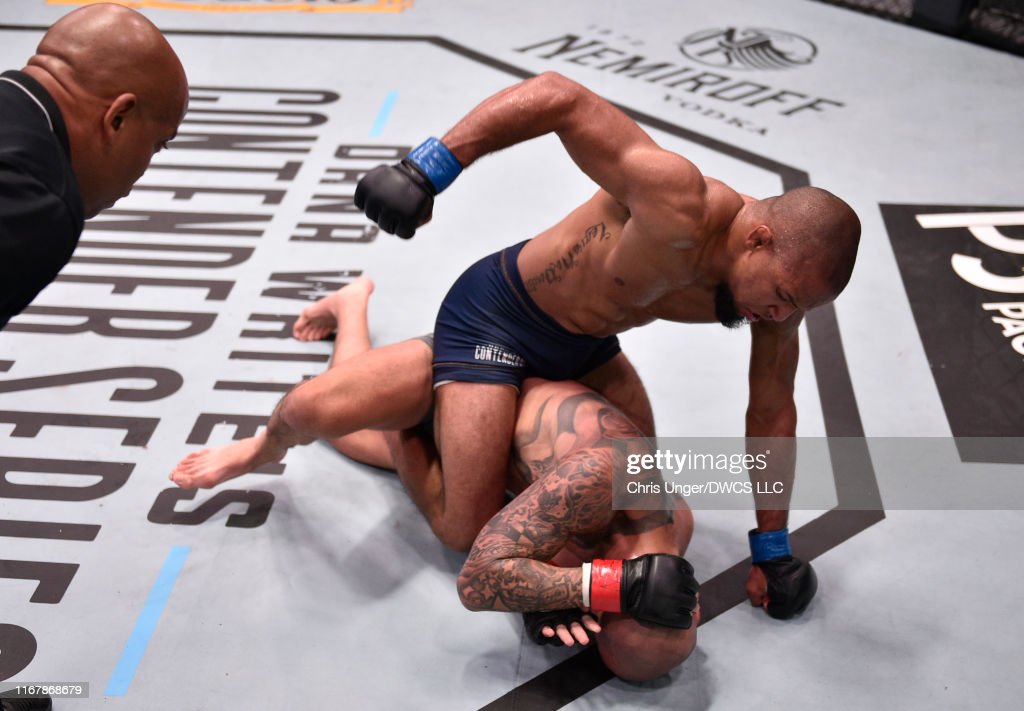 This was a true fight, through and through. Gravely was all over Rodriguez for the majority of it, winning in both the wrestling and striking. Gravely really did a lot to damage Rodriguez on the mat, but also hurt him badly in striking and could have very well gotten a knockout if more played out there.

I think Gravely has some real promise in the UFC. His striking used nice combinations and mixed in his wrestling incredibly well. On top of that, he favored the position and only looked for the submission when it presented itself, something we have seen from high-level fighters. He will be a real threat in the future with that combination of styles and may be a future contender before you know it.

This was a slow, low-output fight for the first two rounds. Reed came out in a karate-style stance but entirely refused to strike, while Anglickas’ traiditional MMA striking was lending him much higher numbers in points. The majority of this match was taking place in the clinch up against the cage with the two in what was essentially a wrestling match. The third round saw Anglickas win that wrestling match and take the back, forcing the tap from Reed.

I didn’t see enough to really be impressed by Anglickas. He has good wrestling, but was matched against a similar wrestler and the two didn’t really try to strike with each other, especially Reed. Comign in with two wins by KO, I assumed we would see more of that, but I guess not.

This was a great night. I love this show because it highlights the future and just proves how MMA is a sport that is massively growing and hasn’t even hit its full potential yet.

Make sure to check out last week’s CS matches if you missed it.