Good show, old boy. We have some great stylistic match-ups at play tonight on DWTNCS, all headed off by a Middleweight bout between rising Dagestani Ramazan Kuramagomedov and Jordan Williams.

Contract winner(s) are highlighted in gold. 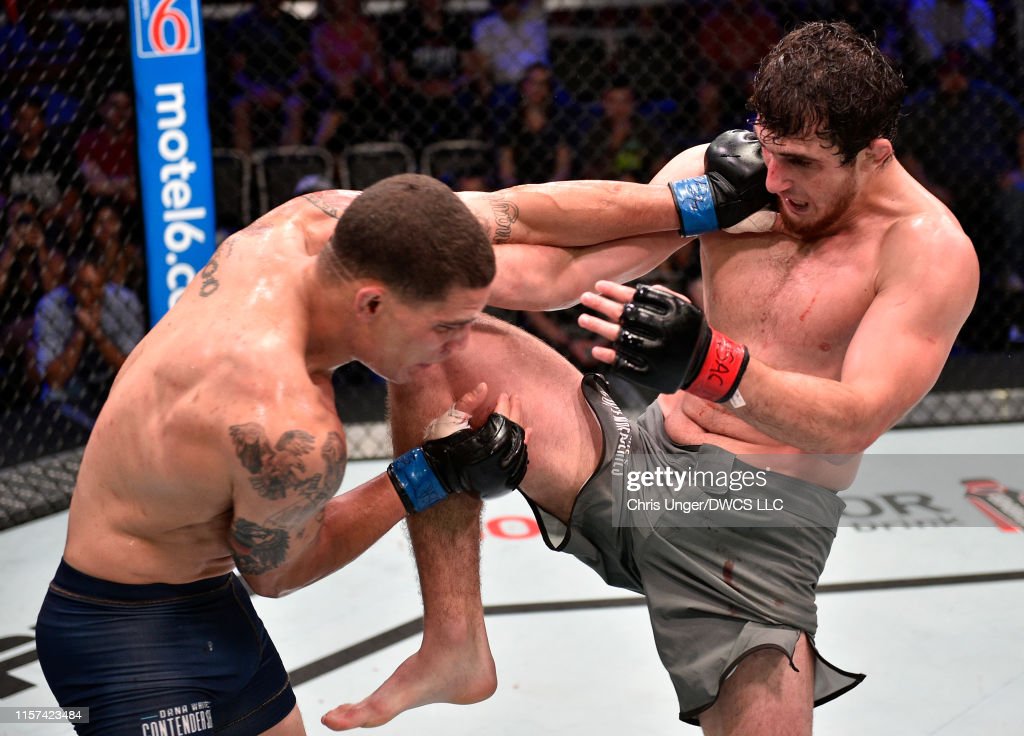 These two left everything in the cage and although Dana didn’t agree with the decision, I have a feeling Ramazan will be making another Contender Series appearance after he settles into his new Middleweight division. Williams will likely end up making a short-notice appearance as he is just one of those guys Uncle Dana likes.

A dominant first round on the ground by McKinney fell flat after Woodson landed a big knee ala Jorge Masvidal. McKinney clearly has serious issues on the ground, but the former boxer has a massive 6’3 frame for the Featherweight division and will have a massive edge in striking over almost anyone, capable of using striking of all kinds to keep that range and avoid going to the mat.

This was a match between two elite grapplers that saw a few defenses of some serious choke threats thrown up by Lohsen, only to give way to two rounds of mediocre and ridiculously gassed boxing. I’m gonna pass on this one.

A slow-paced first round left me thinking this two were pretty much even strikers with similar kickboxing games, with their alternating stances being the only difference. Hill changed all that with his second round, closing the show after landing a number of furious body shots, Barboza style. Hill looks good, but is still unproven on the ground and may be exploited there, as well as having a slow start off the bat.

A dominant grappling based first round left Billy Q with something to prove. He showed up, utilizing pressure and technical striking to pound Kirk out in the second, reaching nearly 100 significant strikes in that round alone. He picked up where he left off in the third and took Kirk out in the third, not willing to take it to the judges and finishing the beating he poured onto Kirk.

Billy will be a force at the Featherweight division with his pressure and well-rounded style. The Ultimate Fighter Season 22 vet pours pain on like no one else and anyone across the cage will have a rough go ahead of them.

This card was pretty much just saying “F U, GRAPPLERS!”

Still, what a card.