After last night, UFC 251 will probably go down as the event of the year but Fight Island is not closing up shop. We have two fight night cards this week, one on Wednesday and another on Saturday!

I’m here to tackle the main card of Wednesday’s event, all capped off with a Featherweight contender bout between Calvin Kattar and “Dynamite” Dan Ige, as well as Frankie Edgar’s Bantamweight debut against Pedro Munhoz in the co-main.

We came away with some big profits at UFC 251, netting 6 of 7 picks correct with the only slip-up being Muslim Salikhov’s split decision victory. 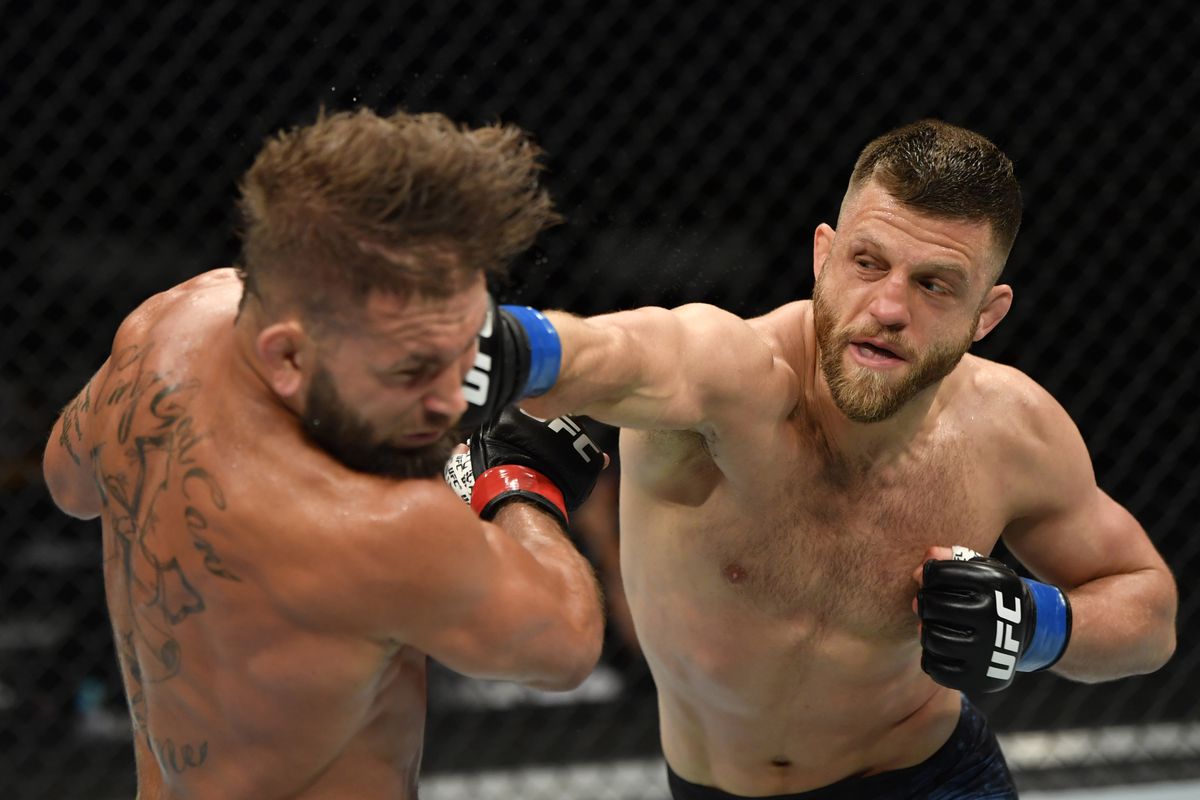 Calvin Kattar (21-4, 5-2 UFC) performed in a big way at UFC 249, finishing hard-hitting veteran Jeremy Stephens in the second round. After his second Octagon defeat to Zabit Magomedsharipov, Kattar needed to get back in the win column to secure his place in the division, and he did it. Now, he has to prove he’s ready for title contention. Kattar is primarily a striker with some nice power and a stifling jab. He can fight well off of his front foot or back foot and can use or avoid pressure very well, often shifting his pressure and movement to throw off his opponent. The weak spot in Kattar’s game is on the ground, but he can get back to his feet quickly and is difficult to hold down, giving him the perfect ability to keep the fight on the feet. 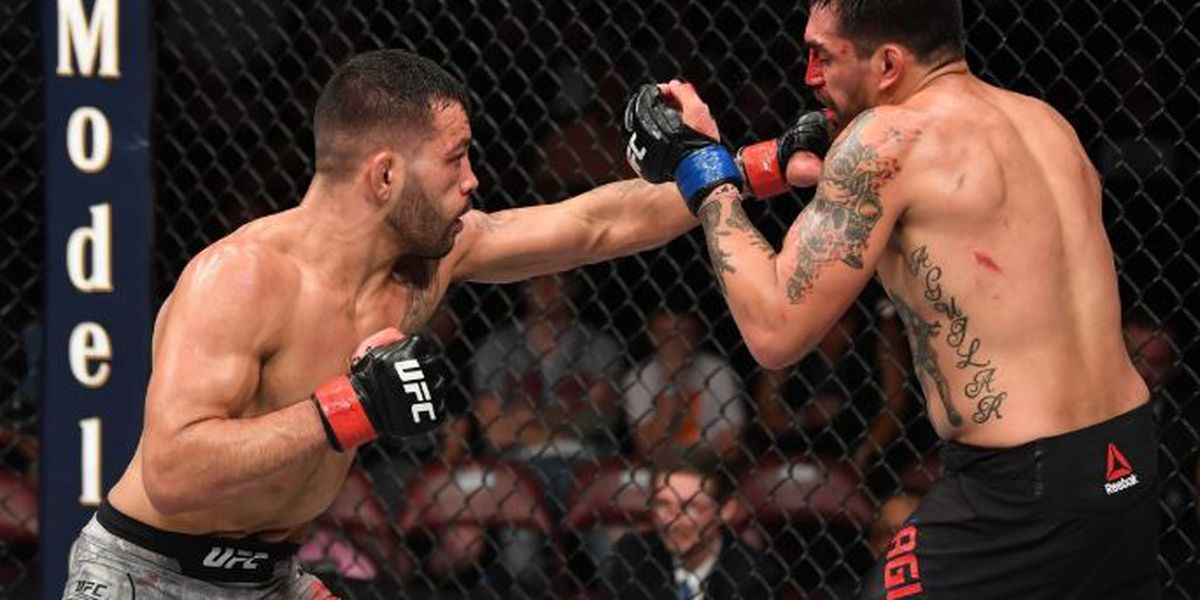 Little less than two months after ruining Barboza’s drop to Featherweight (although controversially) and Dan Ige (14-2, 6-1 UFC) has been craving an opportunity to get his name in the rankings, and he will get it here. He has steadily climbed the competition, now riding a six-fight win streak after losing his Octagon debut to Julio Arce. Ige comes in with some serious grappling chops, winning five fights by submission and landing a takedown in every one of his UFC fights. He has proven his striking ability and likes to surge in to land strikes, as well as having some clean and very dangerous hooks.

For all of Dan Ige’s grappling skill, I feel that it won’t come to any sort of use in this match. Kattar’s takedown defense is too high and even when taken down, he is rarely, rarely kept down. In the striking, his boxing is significantly more precise than the striking of his Hawaiian counterpart. While Kattar has shown susceptibility to leg kicks, as well as  openings in the pocket, Ige does not have the volume, power, nor technique to properly exploit them. “The Boston Finisher” will do some work on Ige before ending the fight late.

Take the Shot: Calvin Kattar via Round 4 Knockout

Now on a three-fight skid, Tim Elliott (16-11, 4-8 UFC) will need a win here if he wants to keep his UFC contract. The veteran and former title challenger has a fan-friendly brawling style, as well as fantastic grappling skills to fall back on. Elliot averages over four takedowns per 15 minutes inside the Octagon, as well as holding eleven finishes on his record, eight coming by way of submission. Elliott is a dangerous fighter no matter what avenue the fight takes.

Ryan Benoit (10-6, 3-4 UFC) made his first Octagon appearance in over two years back in December, but was soundly outwrestled by Heili Alateng. The power puncher will be dropping back down to Flyweight, hoping that a smaller size disparity will ease his struggles. Benoit has traded wins and losses since joining the UFC, but has proven his game nature and willingness to throw down, as well as serious fight-ending power, as he has ended eight of his professional victories by knockout.

For Benoit to win this fight, he is going to need to keep it on the feet at all costs. His power remains his best chance in this fight and Elliott’s brawling nature gives Benoit very real possibilities to find his chin. That being said, his Achilles heel seems to be his grappling and poor offense off his back, something that simply will not fly against a takedown artist of Elliott’s caliber. Even if Benoit managed to deny every single takedown, something his paltry 64% takedown defense just won’t permit, his technique and utilization of range and bursts goes out the window when he is forced to his back foot.

Take the Shot: Tim Elliott via Round 2 Submission

This fight may be taking place at 145 pounds, but this is features the #9 and #10 ranked Bantamweights, fighting to get closer to Yan’s belt. 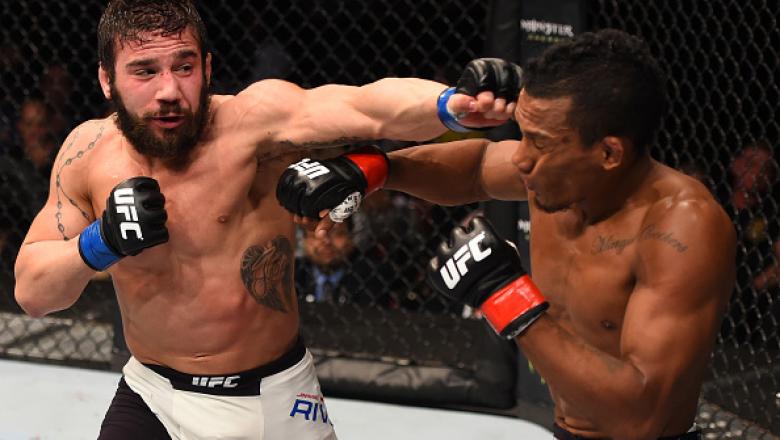 This will be Jimmie Rivera’s (22-4, 6-3 UFC) first fight in over a year, since losing via decision to Petr Yan, in which he was nearly finished. Rivera has a wrestling base and does fantastic work on the mat, but often simply uses his background to keep the fight standing. His fantastic boxing base and composed striking give him ample opportunities to light his opponent up with volume, which he uses to soundly secure the victory. Rivera’s best weapons come with his deadly kicking game as well as lightning-fast hands, making him near impossible to outpoint if allowed to dictate the range and pace.

Cody Stamann (19-2-1, 5-1-1 UFC) will be making a quick turnaround after defeating Brian Kelleher in decision just weeks ago at UFC 250. His only UFC shortcomings have been to future title challenger Aljamain Sterling and a draw against Song Yadong, which was more a judging error than defeat on Stamann’s part. “The Spartan” is a controlling wrestler who has made substantial improvements in his striking repertoire. Stamann keeps a high frequency of takedowns and feinting on the feet to make his opponent insecure, all so that he can secure his takedown and establish top position. Although he is yet to find a UFC finish, his brash striking and violent top control make him entertaining to watch.

Jimmie Rivera is now just 1-3 in his last four fights, but does not seem to have lost any of his own skill in those losses. His 95% takedown defense rate will work wonders for him in this fight against Stamann, whose real advantage comes from control time and positioning. Rivera’s own understanding of wrestling will keep him on the feet where his speed and technique will brutalize Stamann and secure his ranking.

Following a trio of victories in 2019, Molly McCann (10-2, 3-1 UFC) will be looking to cement a number next to her name with a dominant win here, most recently outworking Diana Belbita in October. The Liverpool native has a fan-friendly brawling style with a constant gas tank and a damaging uppercut. On top of that, McCann offers high-level wrestling skills, averaging over two successful takedowns per fight. Her constant output and heart make her incredibly fun to watch as well as dangerous, with four of her victories coming by knockout.

Taila Santos (15-1, 0-1 UFC) emerged in the UFC after a victory on the Contender Series, outworking Estefani Almeida to a decision. Santos does her best work in the striking with her Muay Thai, offering a powerful kicking game. She has a clean switch kick, as well as skilled grappling from top control and two submissions. My criticism of Santos comes from her level of competition. Up until the Almeida fight on DWCS, she had not fought an opponent with more than five fights, much less five victories. Still, she offers skilled striking and aggressive grappling, just maybe not as much finishing ability as her record may suggest.

After watching Santos’ Octagon debut against Mara Romero Borella, I can’t say I have immense faith in her ability to keep up with Molly’s pace. The relentless striking output will force Santos out of the range she prefers, practically invalidating her main threat in head kicks. On the mat, Santos’ poor output off her back and minimal efforts to get back to the feet leave her vulnerable to the controlling wrestling of McCann, who will overwhelm Santos in dominant fashion. 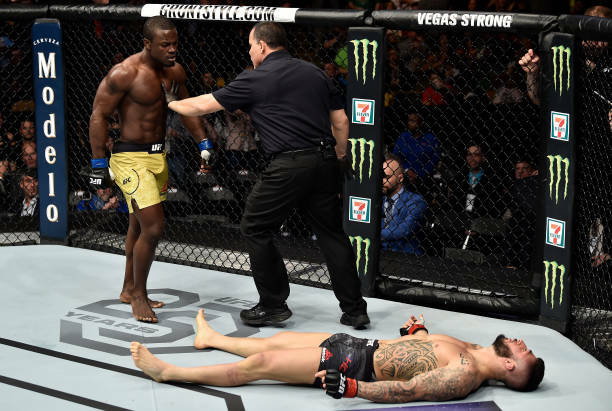 Abdul Razak Alhassen (10-1, 4-1 UFC) surged towards contention in 2018, but will be making his first appearance in almost two years after a sexual assault case against him was found not guilty. “Judo Thunder” has ferocious knockout power, ending every single one of his victories by first round knockout, last demolishing my personal favorite fighter Niko Price. On top of his one punch ability to end fights, he has fantastic judo credentials and does serious damage when able to establish top control. The downside to his power is a brawling style that leaves him liable to counters when swinging haymakers, although no one has been able to finish Alhassen, with his only defeat coming in split decision to current ranked Middleweight Omari Akhmedov.

Mounir Lazzez (9-1) will be making his UFC debut tonight on Fight Island after spending his career up to this point in the Middle Eastern regional circuit. “The Sniper” is a lengthy striker who looks for precision shots from kickboxing range. He has had great success with his sharpshooter-like knees and punches, finishing all but one of his victories by knockout. Lazzez has shown some weakness in his wrestling defense, but his prior level of competition rarely had the chops to exploit that. In this fight, his preferred range will be his own downfall, as he has shown tendencies to get clipped and hurt inside the pocket. That’s not a good sign against a fast starter with the aggressive nature of Alhassen, who will stun the “crowd” with another early KO.

Take the Shot: Abdul Razak Alhassen via Round 1 Knockout

Keep your eyes peeled for Chris Carpenter’s prelims picks, he’s been on a roll as of late!